I entered into the 2012 John Moyle Memorial Field Day as a "Home" station. 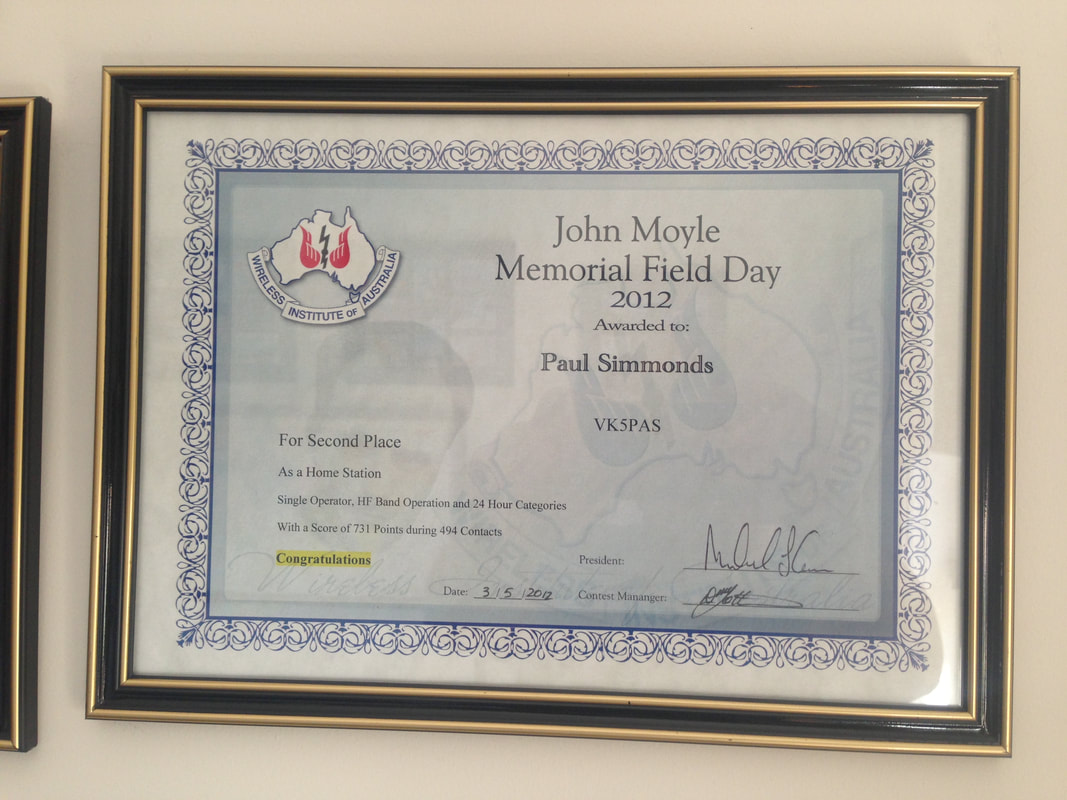 I entered the Low Power category.

I came 1st in Australia and 172nd in the World for Low Power category. 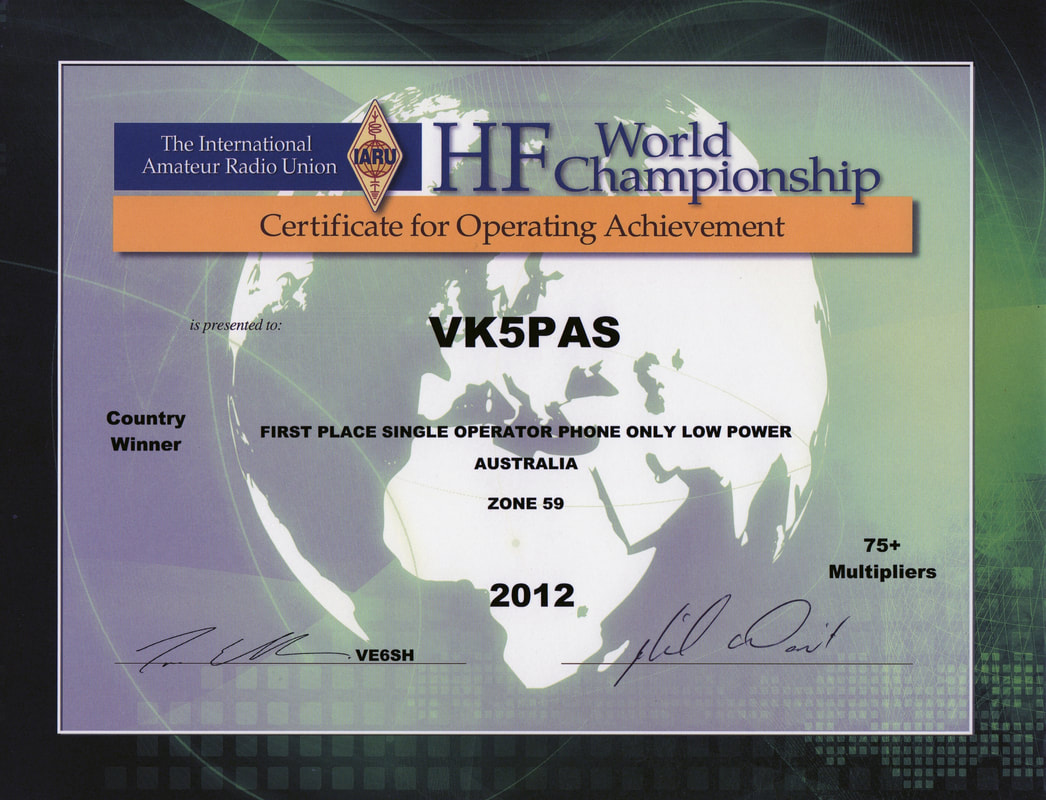 This is a great contest.  And surprisingly only 11 VK ops sent in a log.
I entered the 2012 contest which was held on the 10th & 11th November, 2012.
I submitted a log in the Low power single band (15 meter) category.
Final results show that I came 1st in Australia & 4th in Oceania in this Category. 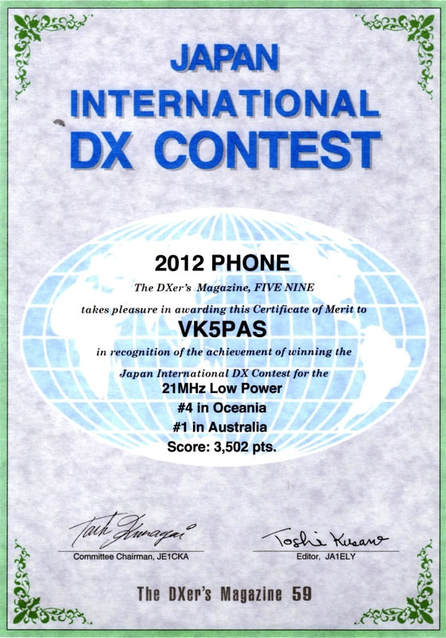 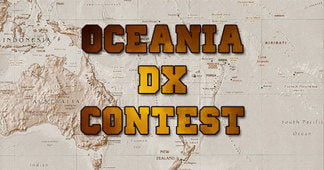 The Oceania DX contest has been around since the mid 1930s and was known previously as the VK/ZL Contest.  It is Oceania's only international style contest where contacts with stations all over the globe are able to participate.

The contest runs over two weekends in October and has SSB, CW and SWL categories.
​
I took part in the 2012 contest in the Single Op Low Power all bands section.

I came 1st in this Category.

I was the recipient of the plaque for the Top entrant from Australia in PHONE Single Operator All Band Low power category.  The plaque was sponsored by the Central Coast Amateur Radio Club Inc. 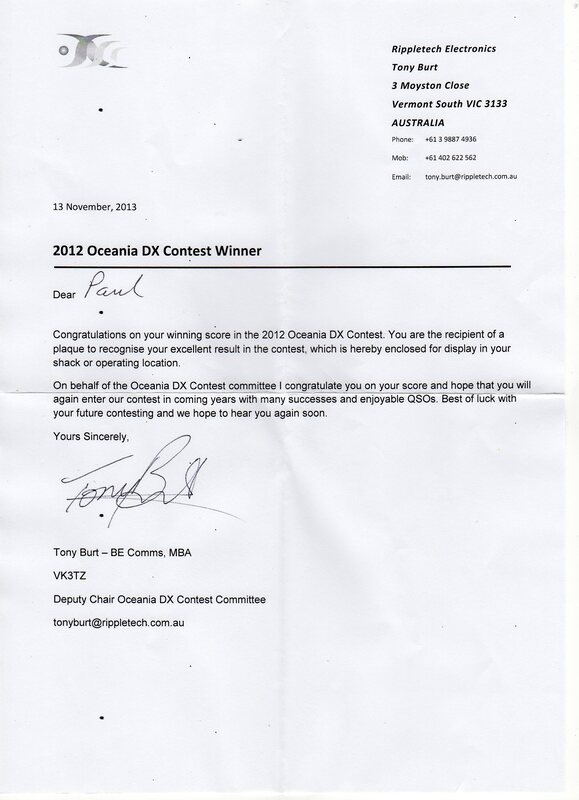 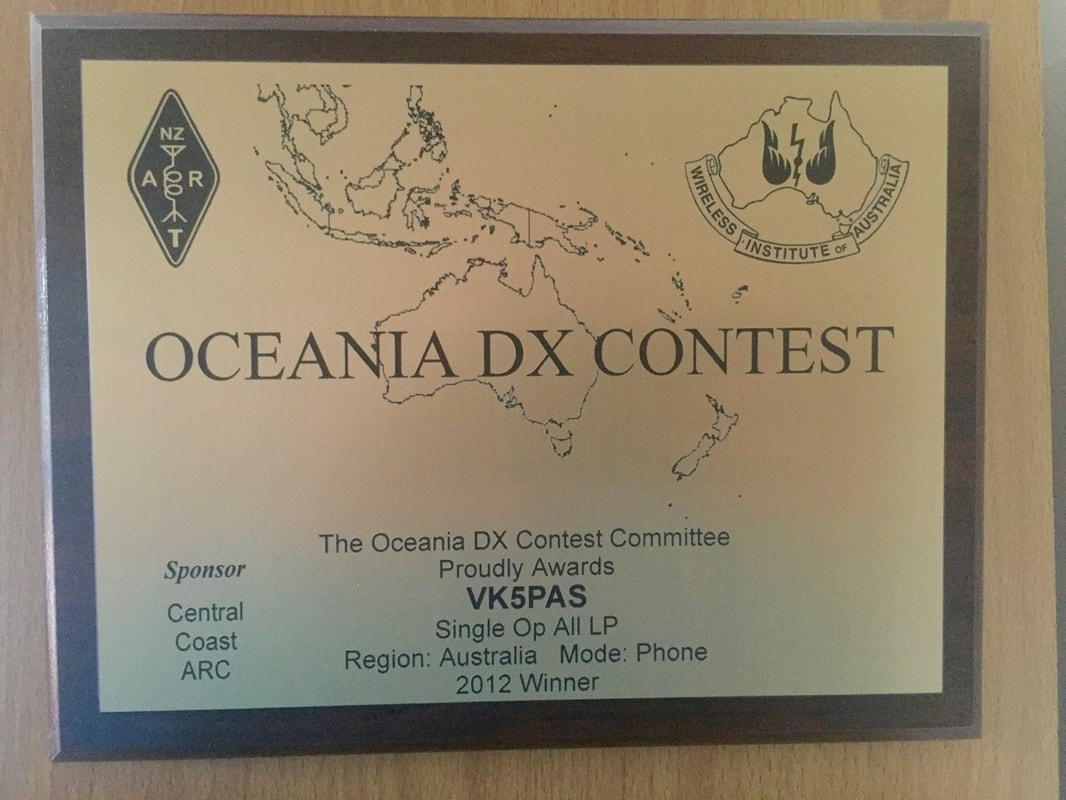 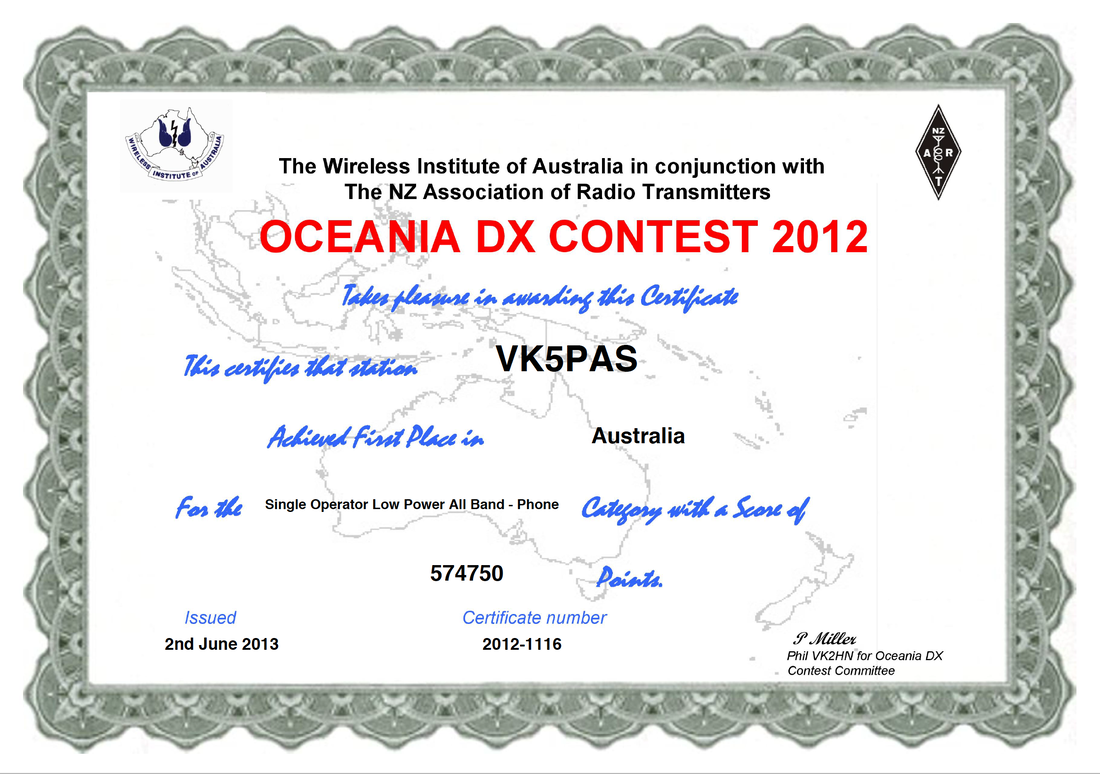 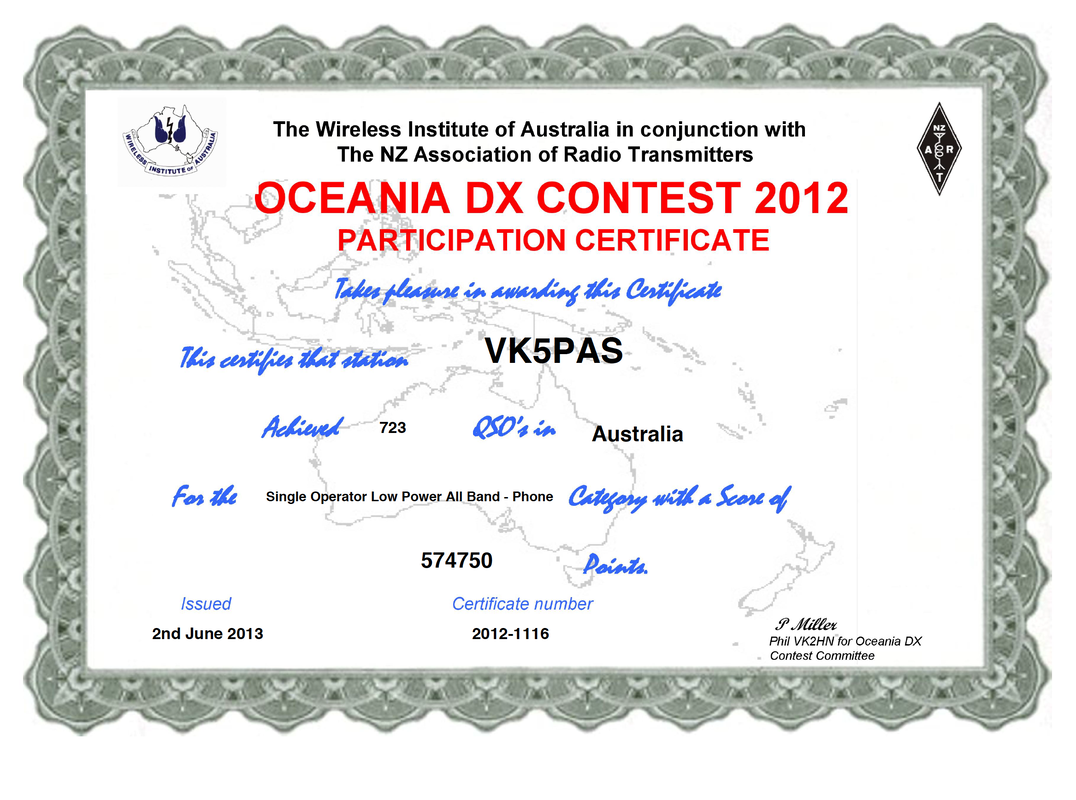 Below you can download a full report on the results of the 2012 Oceania DX Contest.

Only inter continental QSOs between DX and Europe are counted.  A unique feature of this Contest are the QTC-traffic adds, where the DX stations transfer real telegrams to the European stations. These telegrams contain data of previously logged QSOs. Each of these records counts one additional point for the sender and the receiver, given that the complete record was logged correctly. Thus, a DX station can actually double its score by sending QTCs. Some European stations, and not only the leading ranks, gain more than 70 percent of their score from QTC traffic. 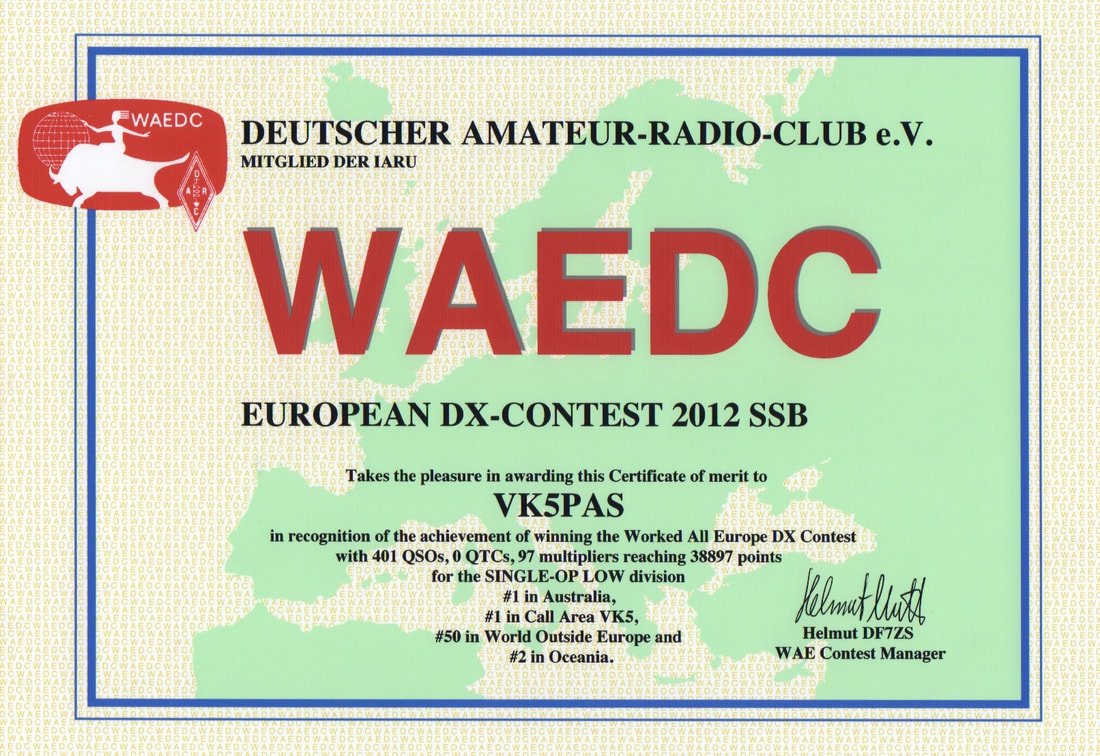 Below you can view the results of the 2012 Worked All Europe DX Contest..... 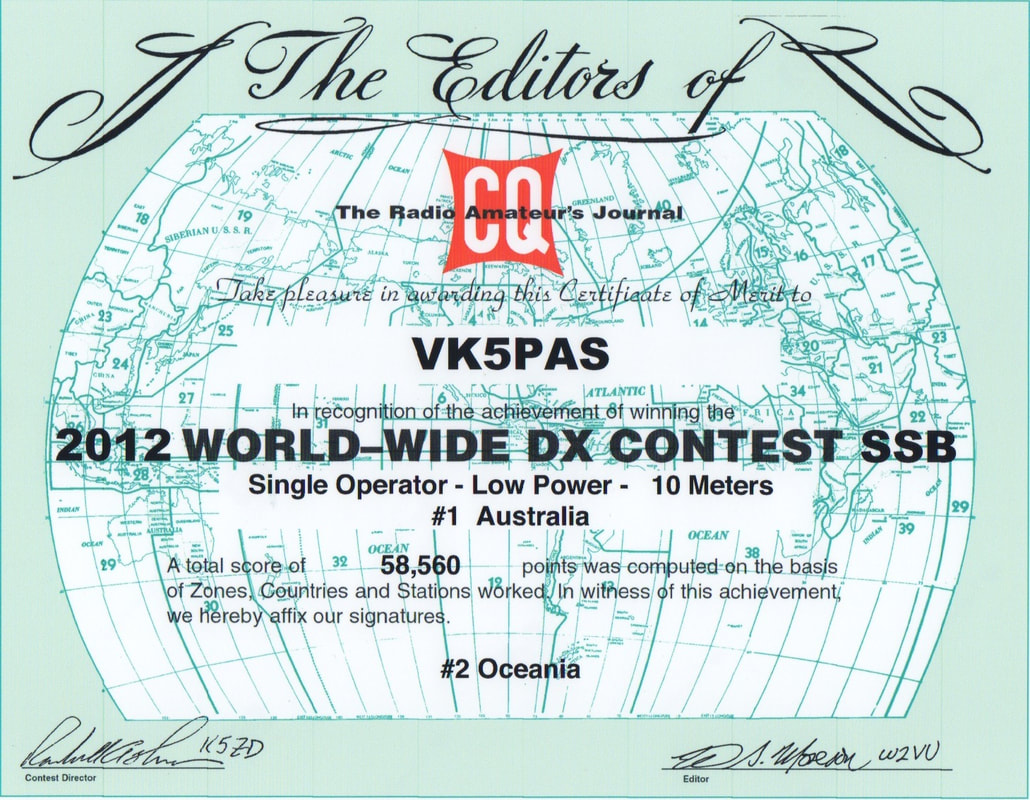 The All Asian DX Contest (SSB) run by the JARL is held each year in September.  The report exchange is the RST report followed by the operator’s age (YLs can give 00).
Surprisingly only 11 Aussie ops submitted a log for this contest, which is a lot of fun.
I entered the 2012 contest and made 207 QSO's & obtained a score of 39,060 points.
I came 8th in Oceania.
Unfortunately there is no low power category in this contest for DX stations.  Interestingly there is a Low Power section for the Asian stations.  So in theory you are competing against other VK's who can run up to 1 KW.  I have sent en e-mail to the JARL to consider a Low Power section for the DX stations.  They were kind enough to reply and will be considering this at their next Committee meeting. 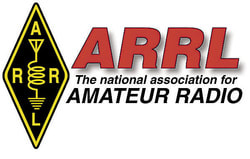 I participated in the 2012 ARRL 10 Meter Contest held on 8th & 9th December.
I entered into the SIngle Op low power category.
I ended up with a final score of 35,230 points (consisting of 271 QSO's).
I found conditions on the 10 meter band were average.  Short path to the USA on Saturday morning was poor, but better on Sunday morning and okay on Monday morning.  Europe on the SP on Saturday was terrific but there was not much around on Sunday which was disappointing.  And this was the same with JA & Asia, which was good on Saturday but very quiet on Sunday.
A total of 26 VK's submitted logs for the Contest.
I came in 2nd in VK in this Category, behind VK4LAT who had a great score of 119,786.

Below you can find a full report on the results......