The Oceania DX Contest is one contest that I generally always enter into.  The Oceania DX Contest has been around since the mid 1930s and was known previously as the VK/ZL Contest.
In 2015 I entered the Single Operator Low Power All Band-Phone category and came 7th in Australia in that category with a total of 400 QSOs and a score of 144,333 points.
The Adelaide Hills Amateur Radio Society (AHARS) sponsors two plaques for the Top VK5 in SSB and the Top VK5 in CW. 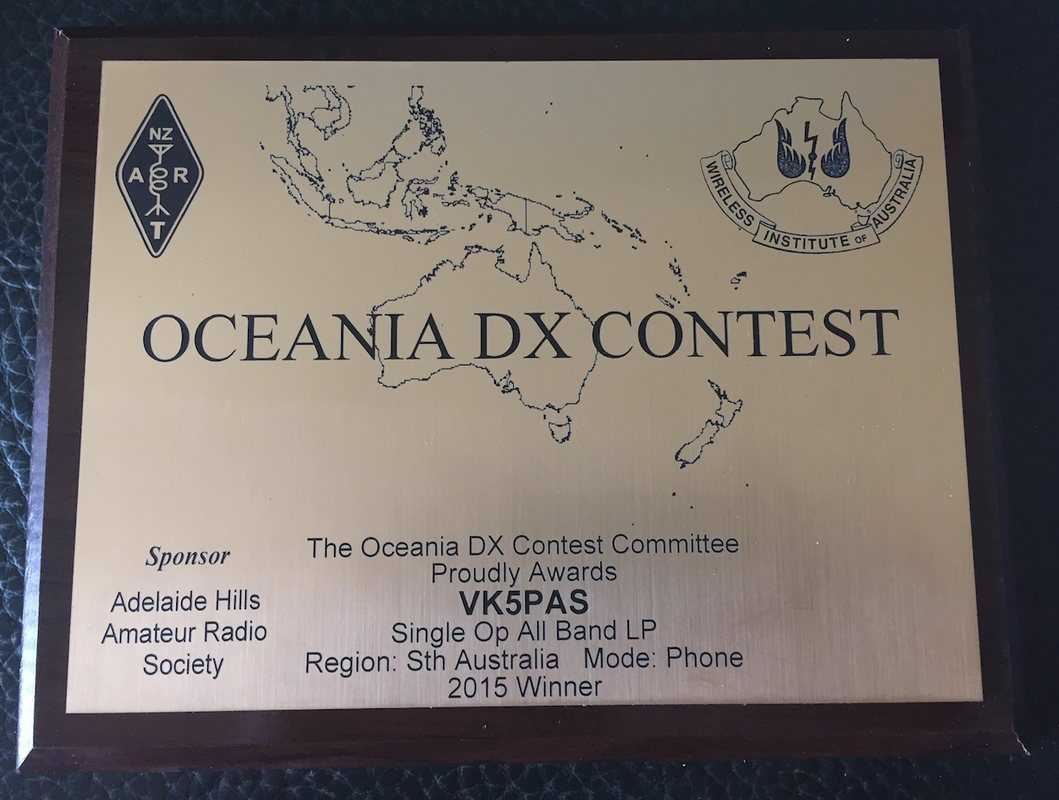 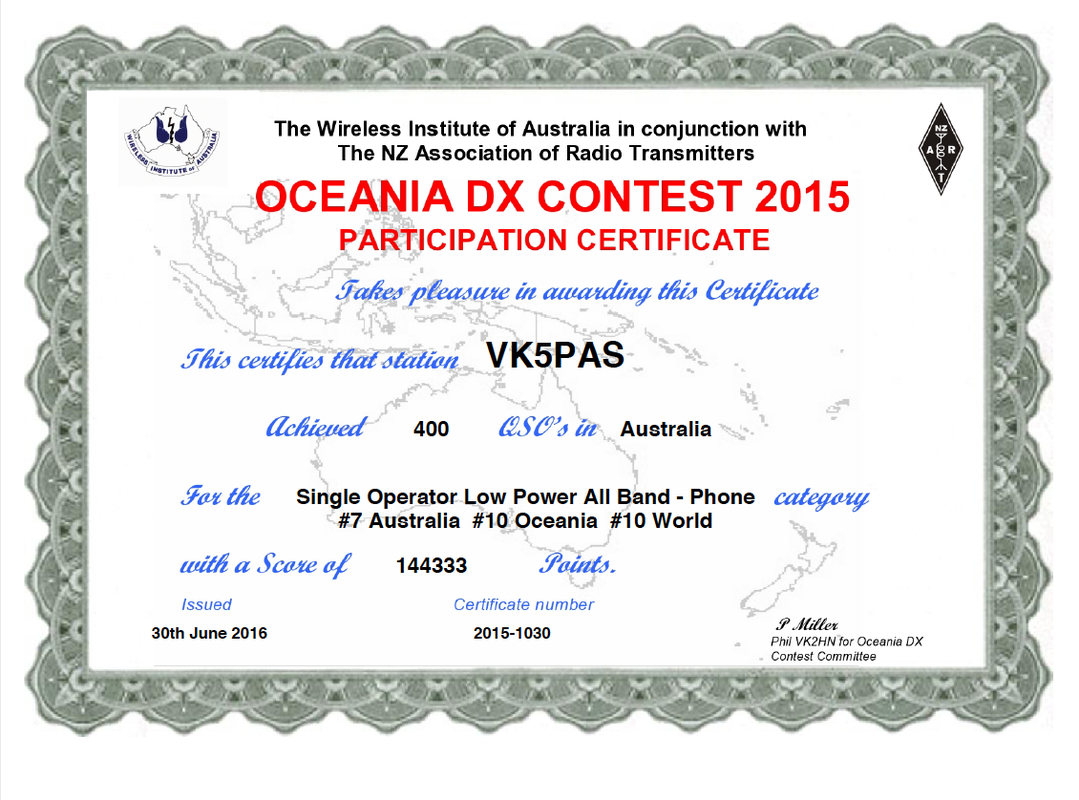 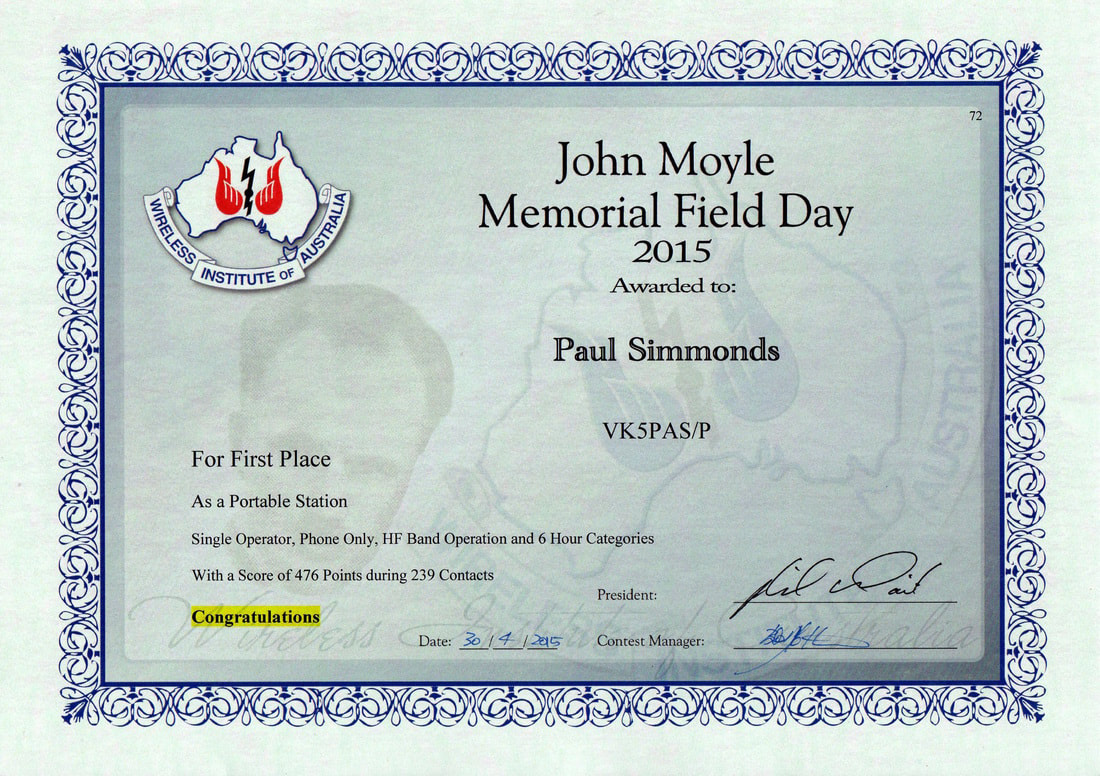 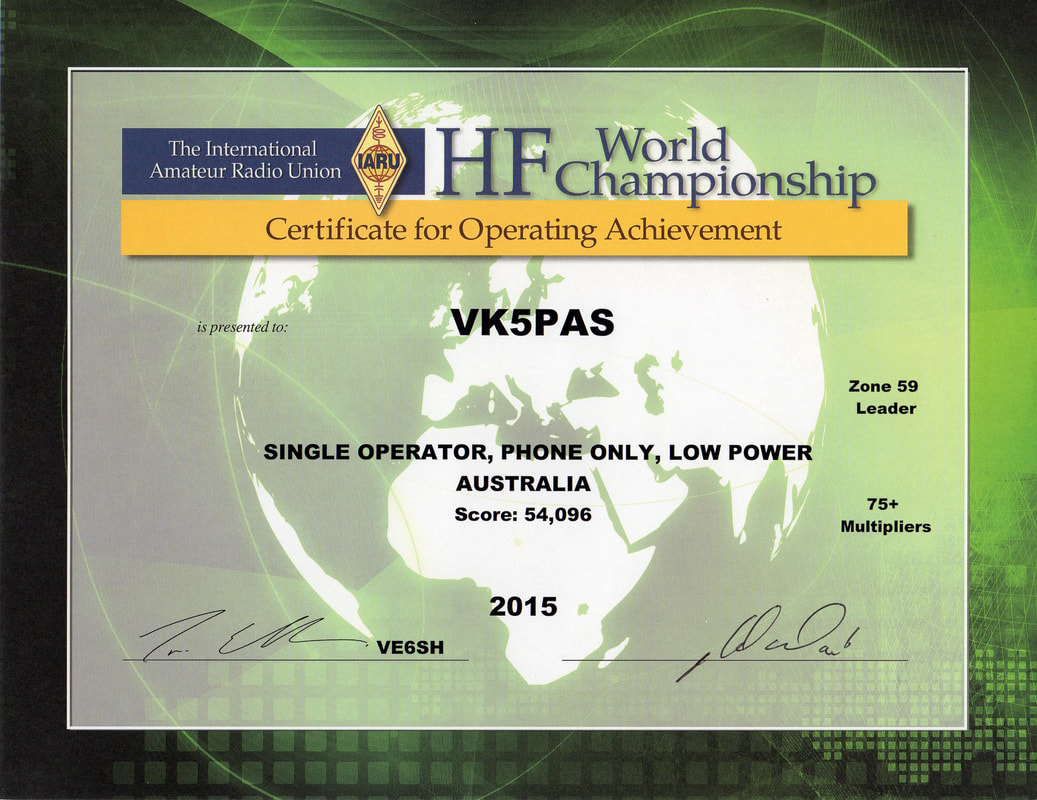 The 2015 VK Shires Contest was held in June.  I was down at Mount Gambier for the South East Radio Group's annual convention/hamfest and the National Foxhunting championships.  But I did sneak in some time for the VK Shires.  I did a little bit of mobile operation on Saturday night and activated the Ewens Ponds Conservation Park on Sunday morning.  I made a score of 1,892 in the Single Operator All Band Rover High power section, and came  4th.