OVER THE HORIZON RADAR (OTHR).

Over-the-horizon radar, or OTH (sometimes called beyond the horizon, or BTH), is a type of radar system with the ability to detect targets at very long ranges, typically hundreds to thousands of kilometres, beyond the radar horizon, which is the distance limit for ordinary radar.

Over the Horizon Radar on 80m, as seen from a KiwiSDR receiver in New Zealand. 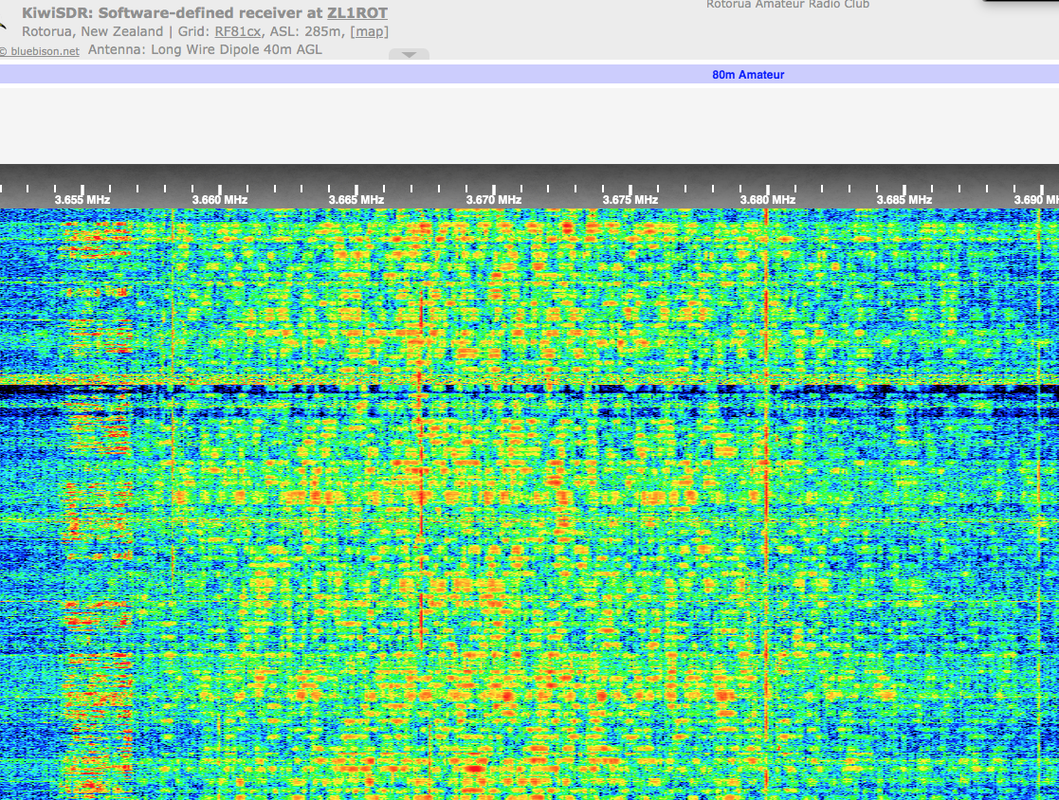