ISLANDS ON THE AIR (IOTA).

The Islands On The Air program (IOTA) is an amateur radio activity program designed to encourage operations from island locations.  It was created in 1964 by Geoff Watts who was a leading English short wave listener.  It was taken on by the Radio Society of Great Britain (RSGB) in 1985.

In 2016 the program was passed to a Not for Profit company, Islands On the Air (IOTA) Ltd (called IOTA Management).

The ocean's islands have been grouped into 6 areas, and 1200 IOTA groups, with various qualifying islands in each.

For the island chaser, the objective is to make radio contact with as many islands as possible.

For the DXpeditioner, the objective is to provide such island contacts.

There are currently 22 separate certificates available for island chasers.

WHAT ISLANDS QUALIFY FOR IOTA?

For an island to qualify for IOTA, they need to meet a few simple rules regarding location…..

WHERE DO YOU FIND A LIST OF QUALIFYING ISLANDS?

A full list of qualifying islands can be found in the IOTA Directory, which can be purchased online from the RSGB shop. 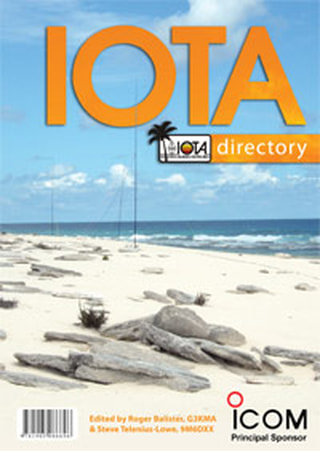 HOW DO YOU APPLY FOR AN AWARD?

The basic award is the IOTA 100 Islands of the World.  This is where you should commence your IOTA paper chasing.
​
Start by adding your QSLs via the RSGB IOTA website. 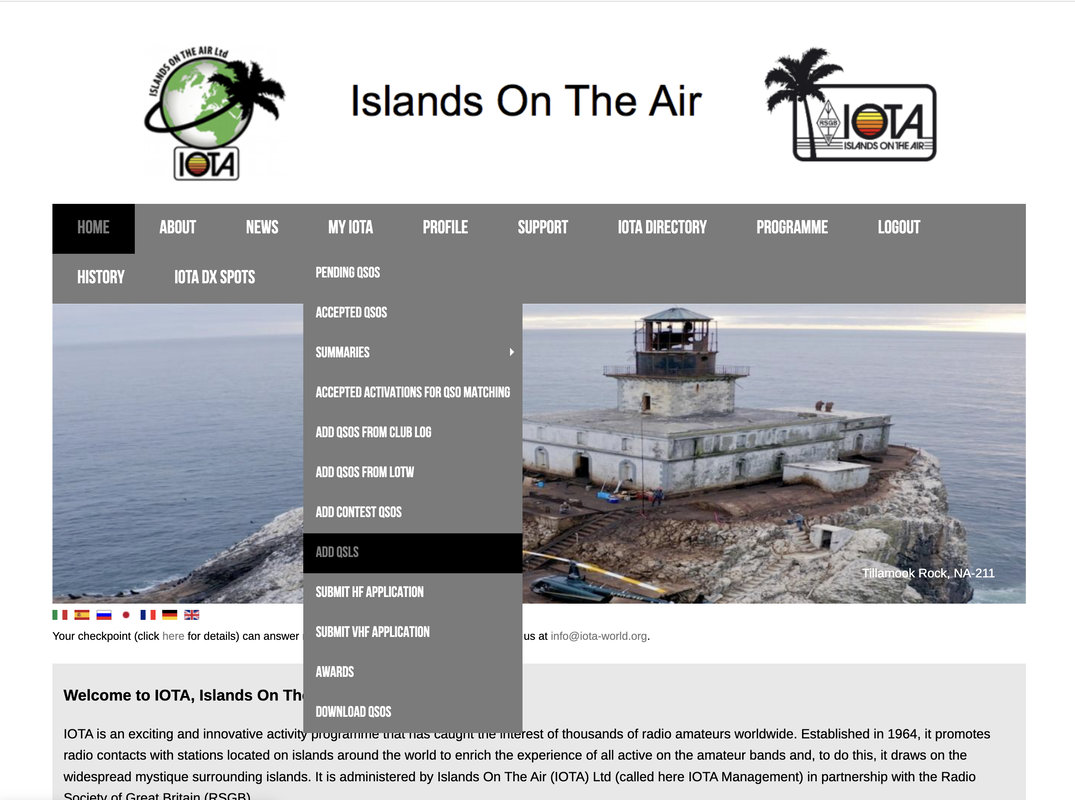 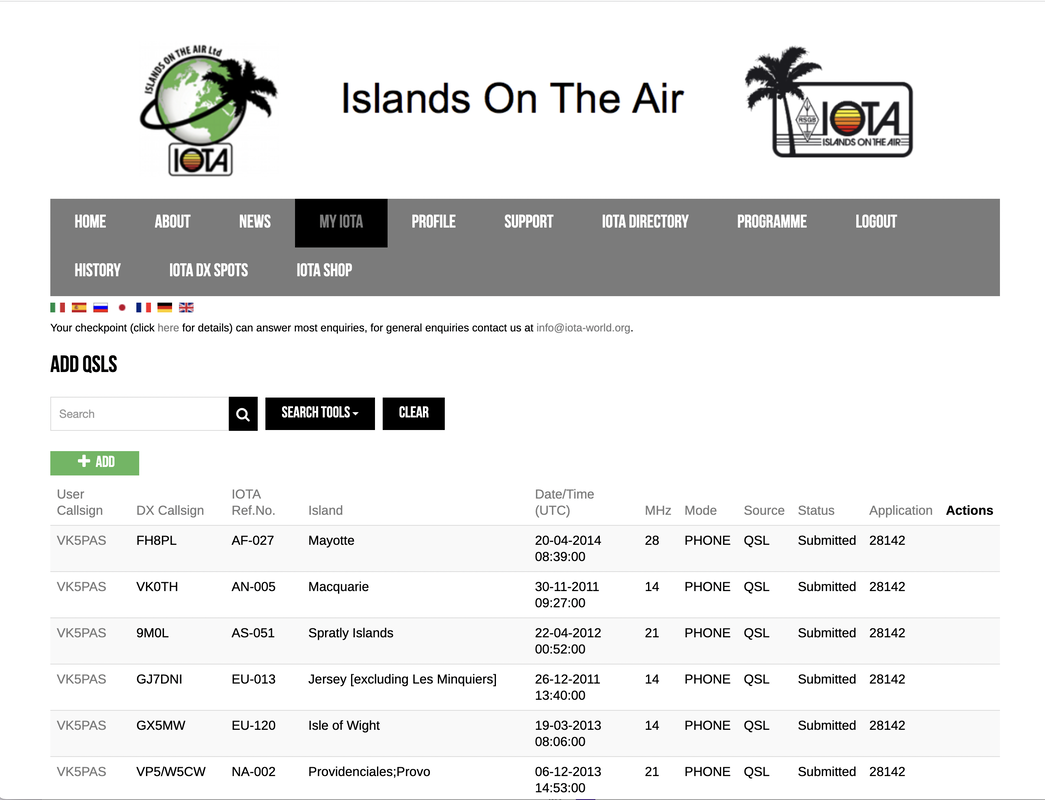 Once you have added sufficient QSL's, you will be able to see what awards you have qualified for.  This will be visible by clicking on awards (see below). 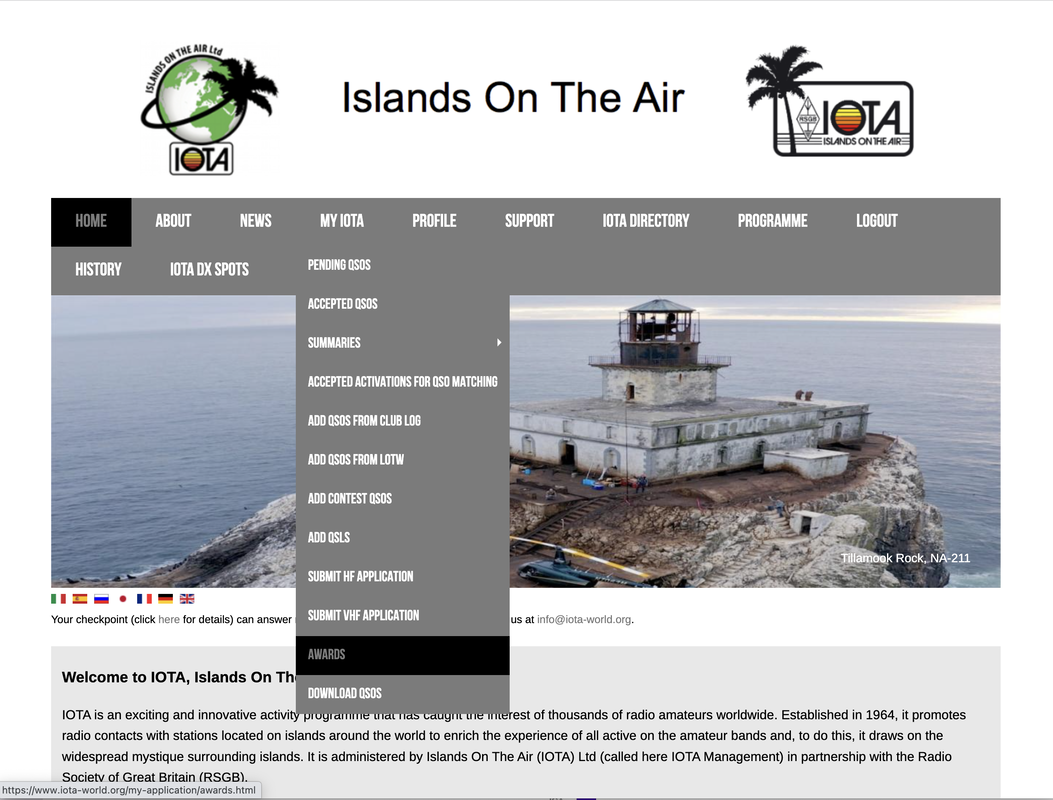 Apply for the award, pay the appropriate feees, and you will get an acknowledgement on screen. 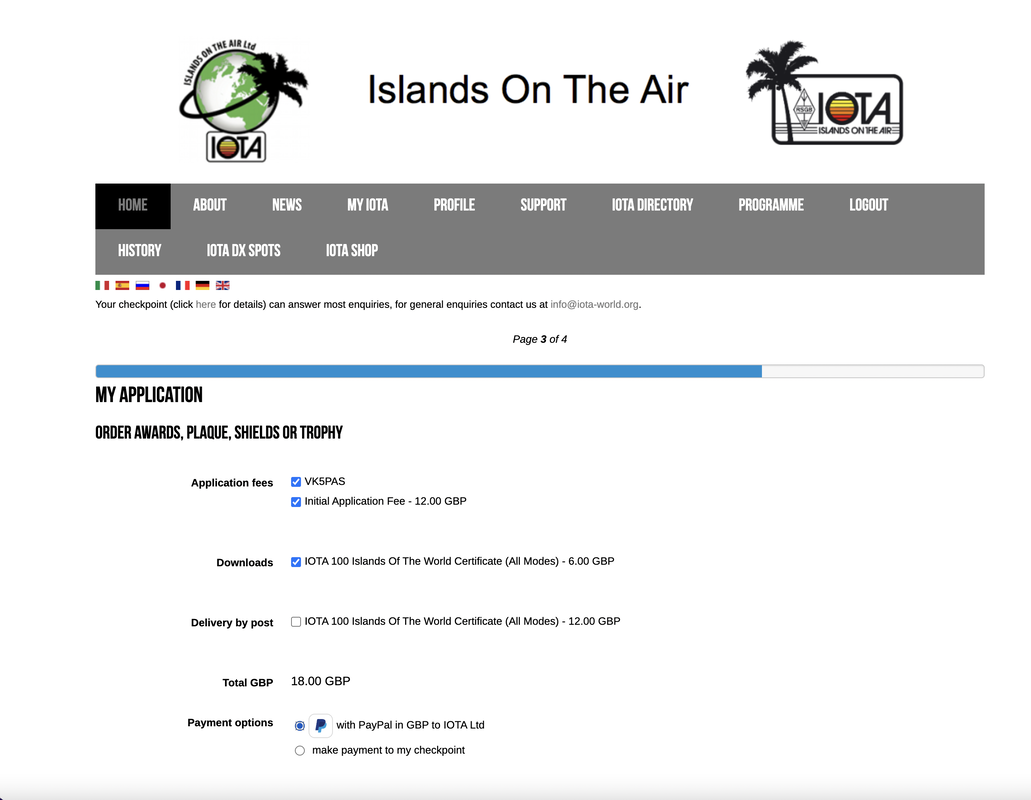 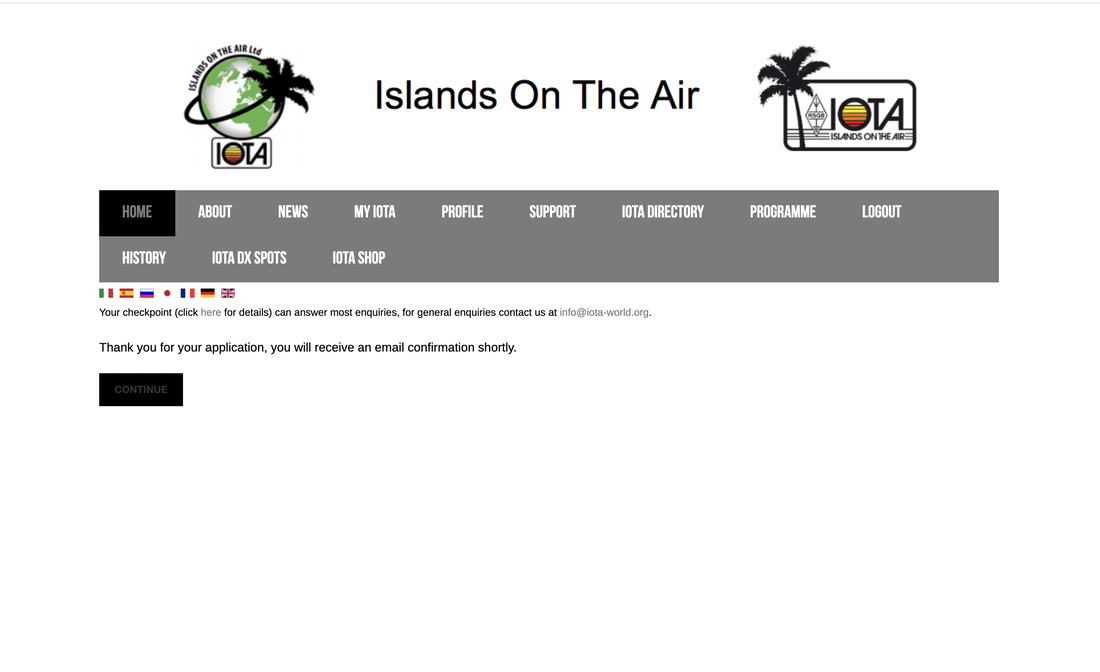 You will also receive an email acknowledging that you have applied for an award.  Your application will also be attached as a PDF. 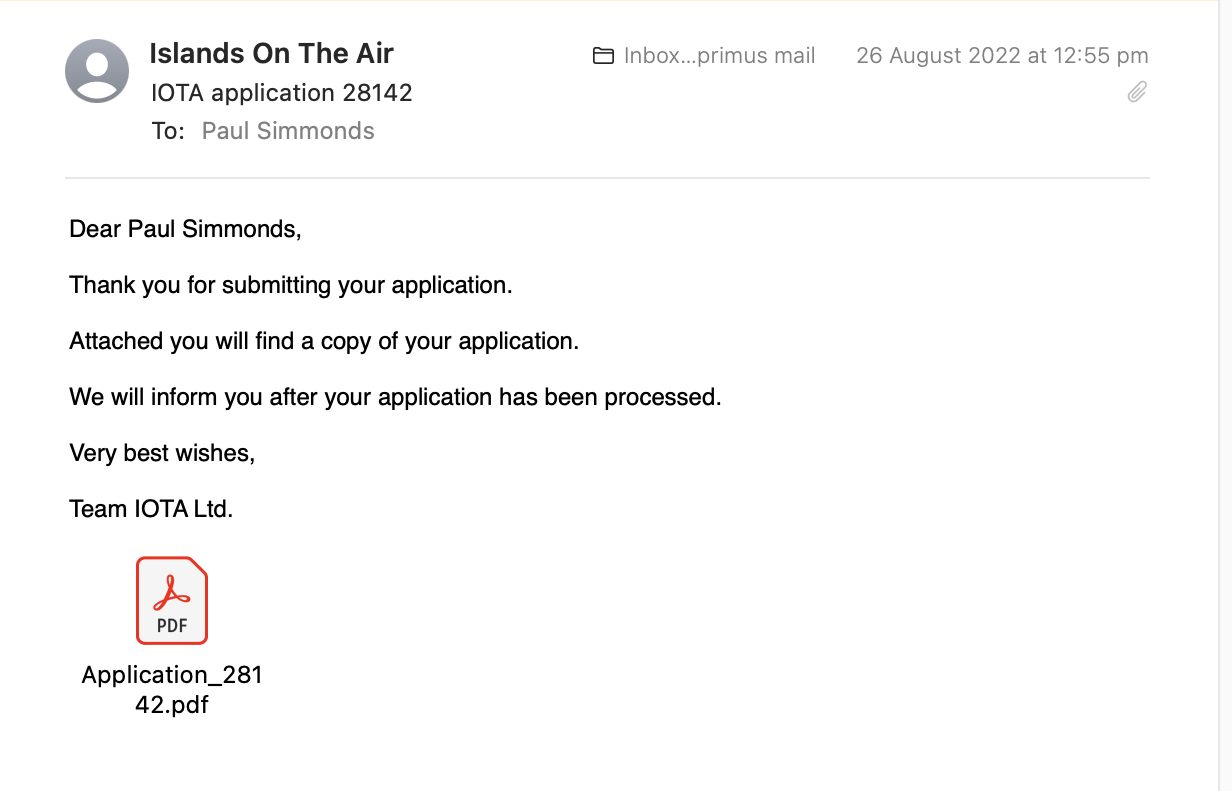 ARE THERE SET FREQUENCIES?