I currently (as of Feb 2022) have one tower up at my QTH at Ashbourne, with one more to follow.

The current tower has the following antennas on it:- 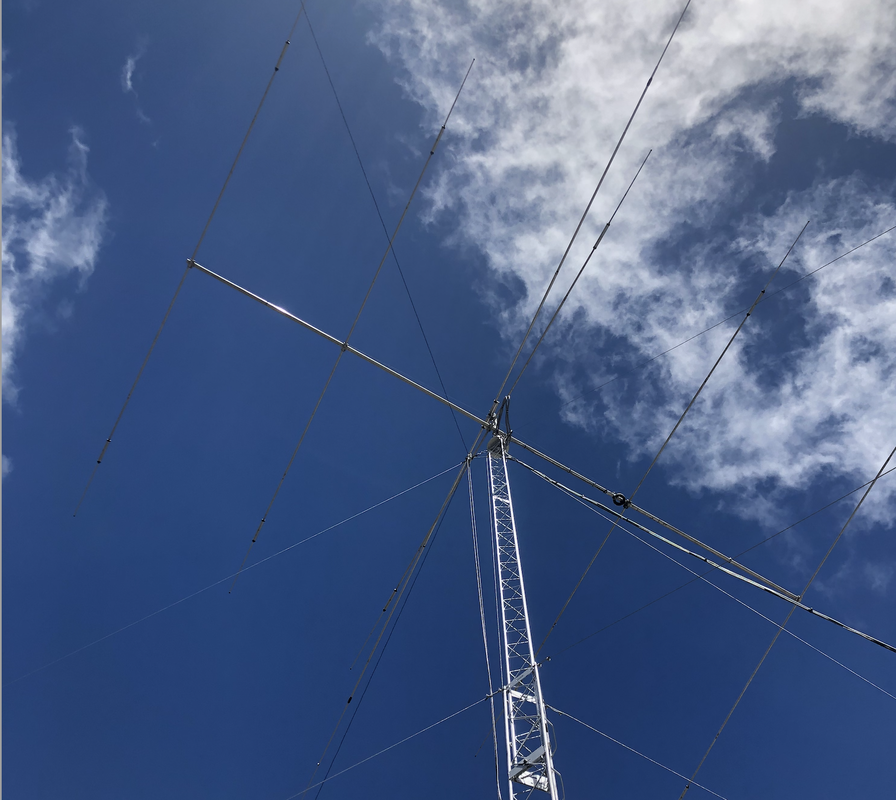 In July 2020, I attended at the home address of Alec VK5AAM at Glenelg and collected the tower, which is a 2 stage tower.  Included was a Hy Gain TH3 MK3 Thunderbird antenna, and a rotator.

The tower and antenna had already been taken down from Alec's backyard.  Barry VK5BW and I attended at Alec's house and waited for a truck from a freight company to attend and load it and deliver it to my property at Ashbourne.

Thanks Barry VK5BW for your assistance.
The tower needed a lot of work, and my wife Marija VK5MAZ and I commenced to sand it down, paint it with primer, and then repaint the tower. 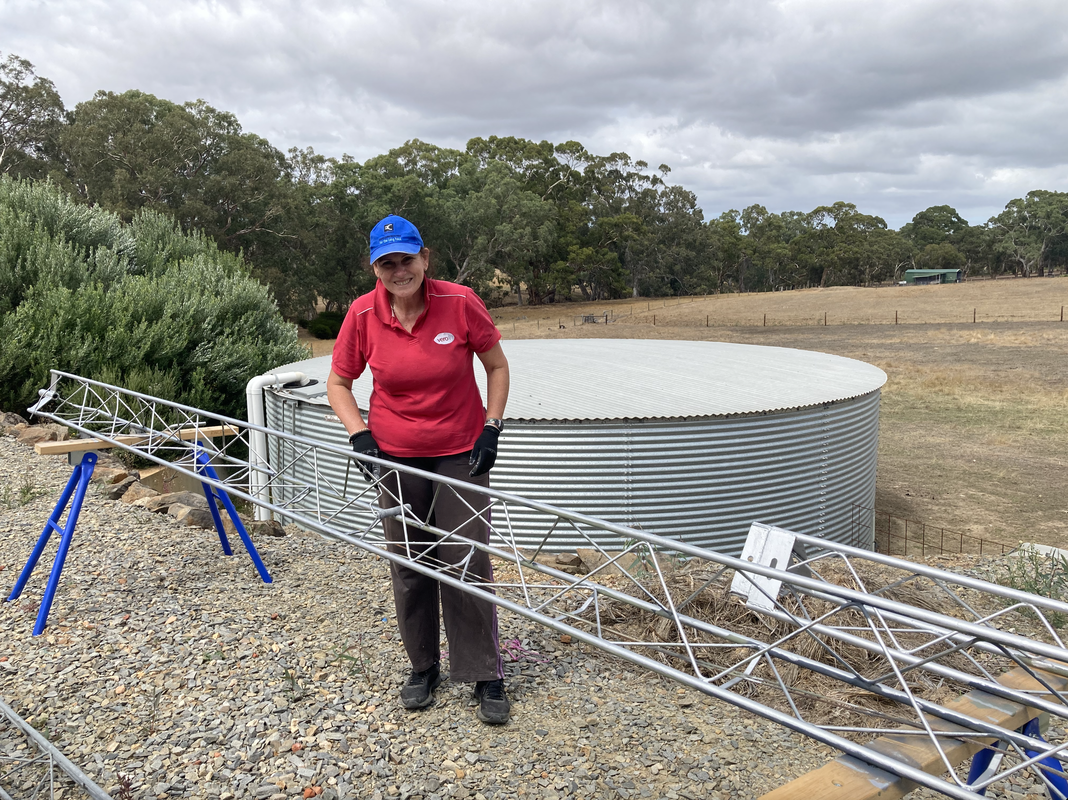 After completing the painting of the tower, the base was the next to be concreted into the ground.
I then had the excellent assistance of Ivan VK5HS, Peter VK5PE, John VK5BJE, and John VK5HAA, in the erection of the tower. 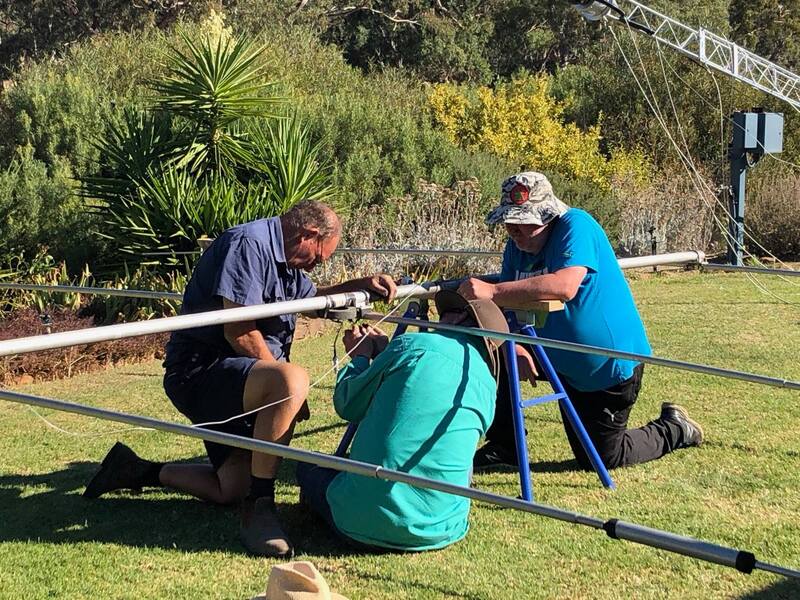 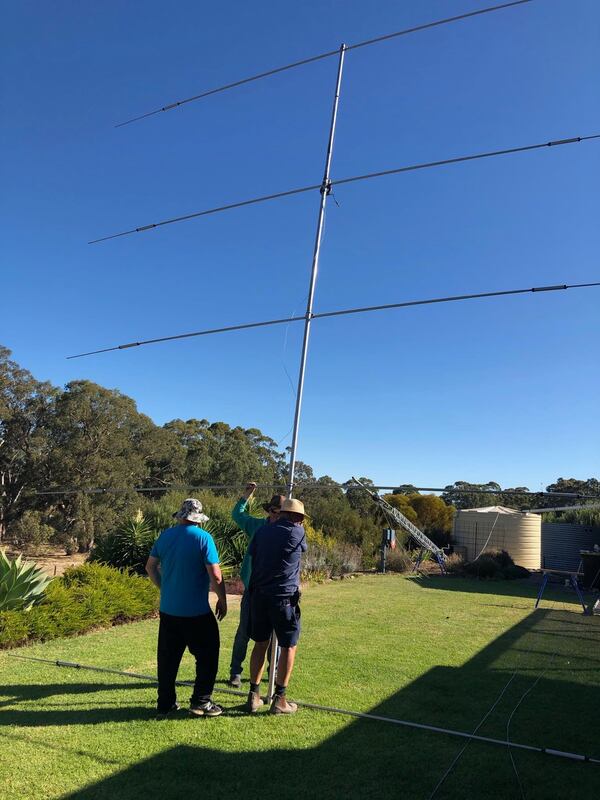 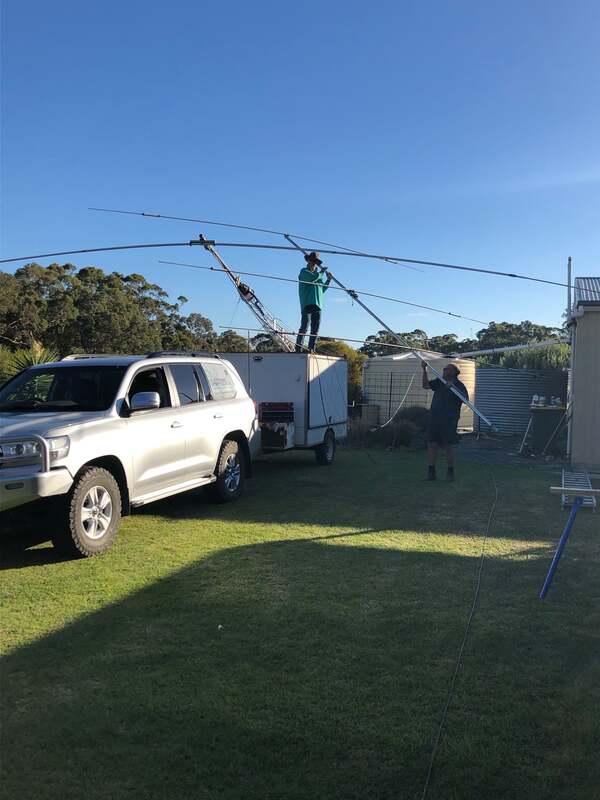 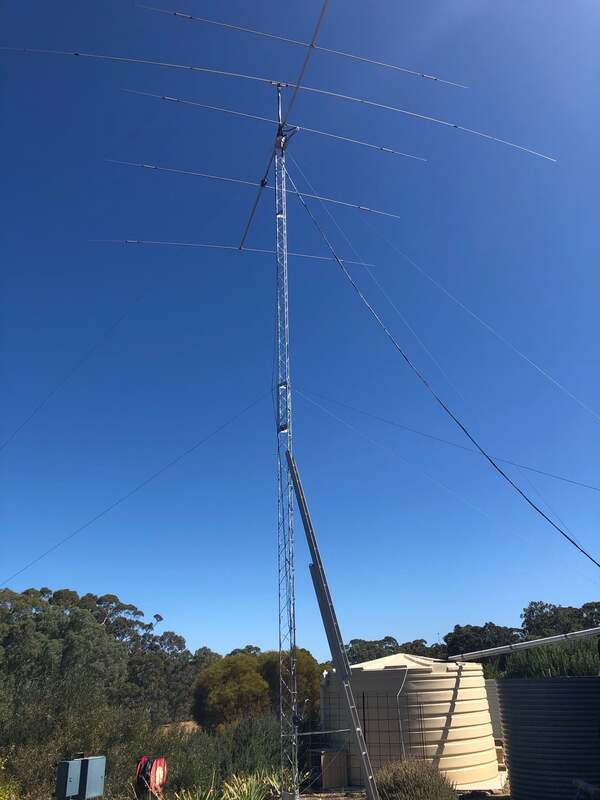 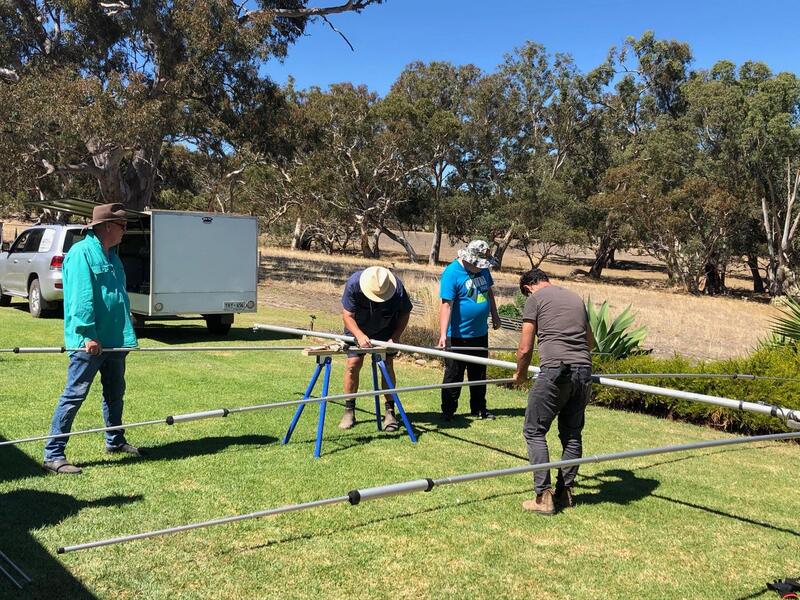 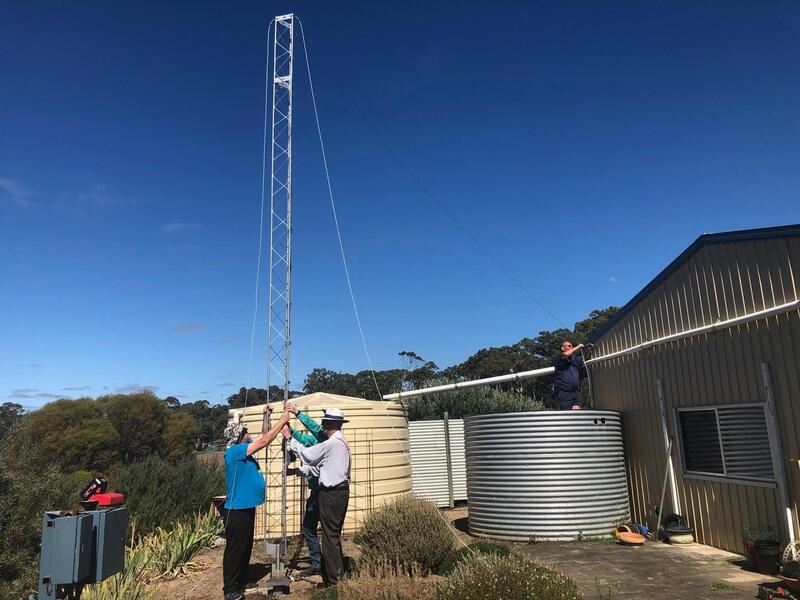 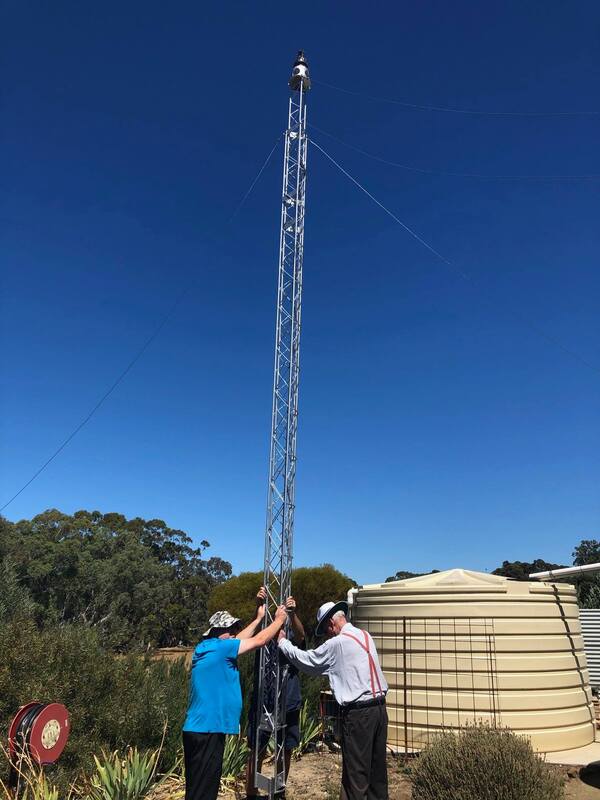 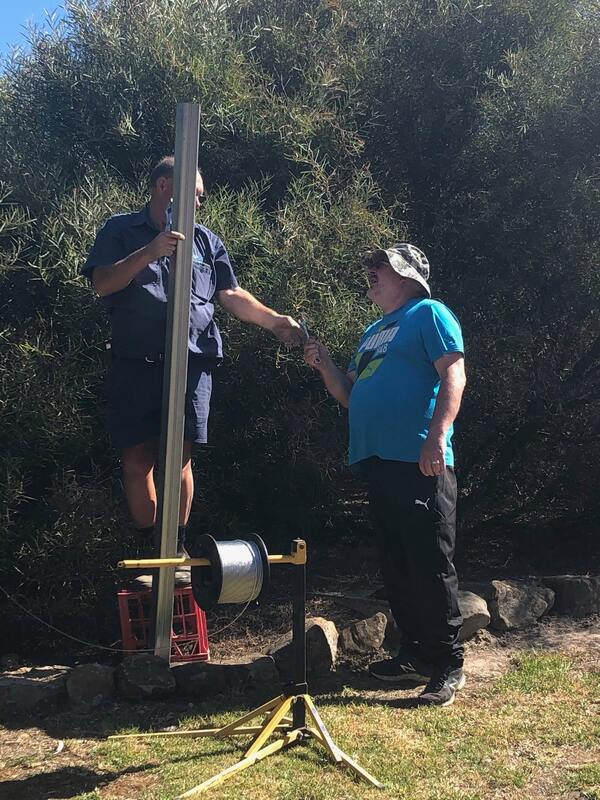 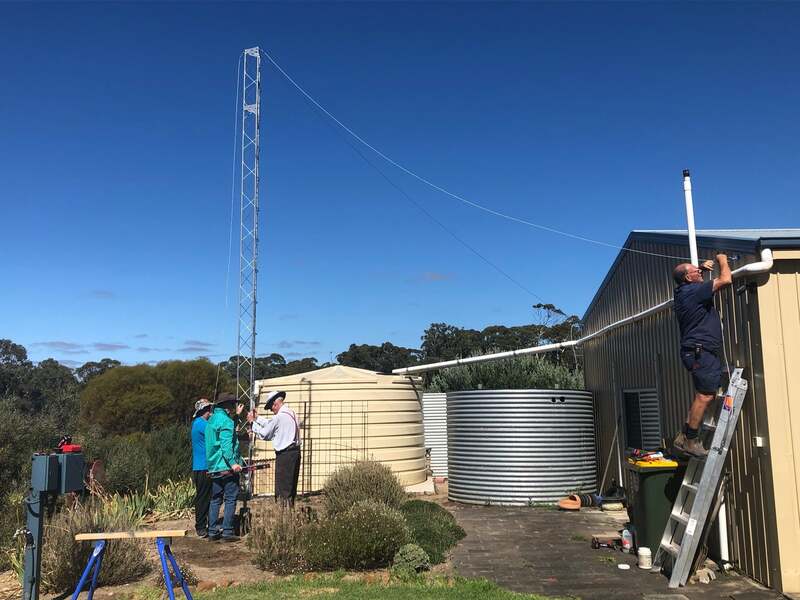 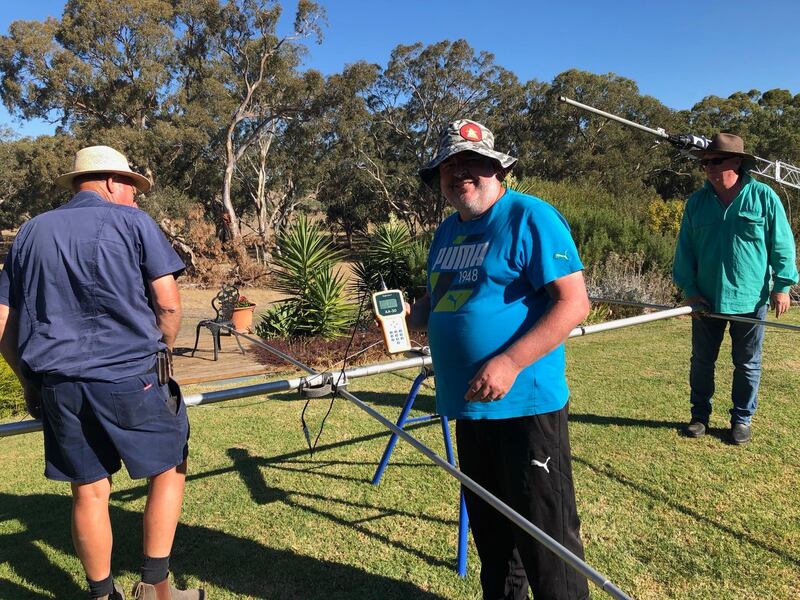 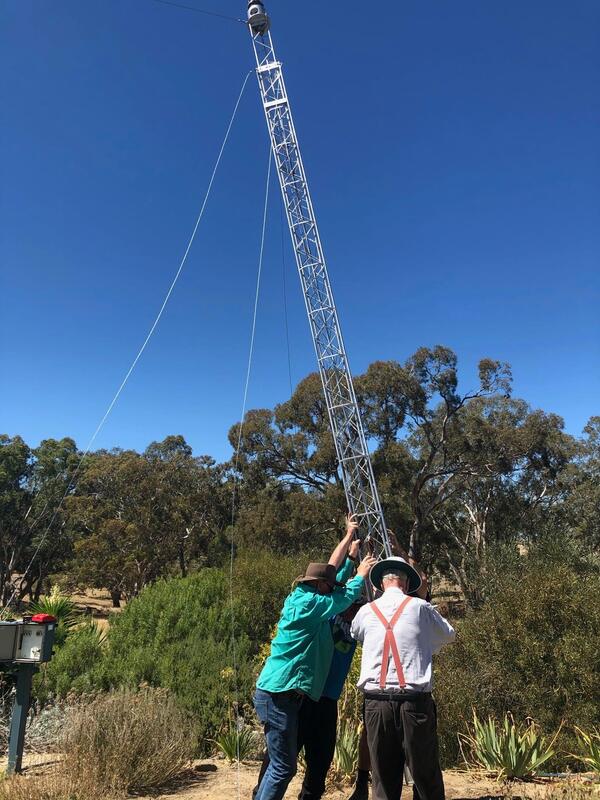 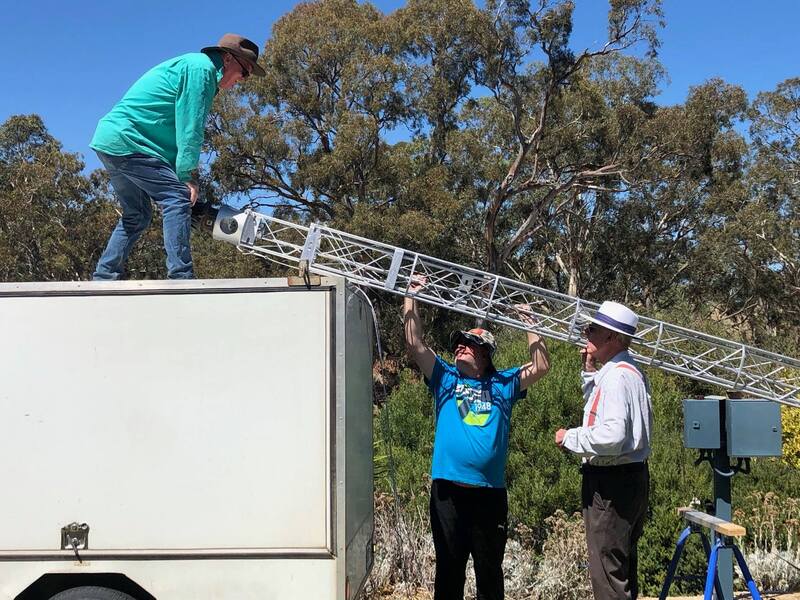 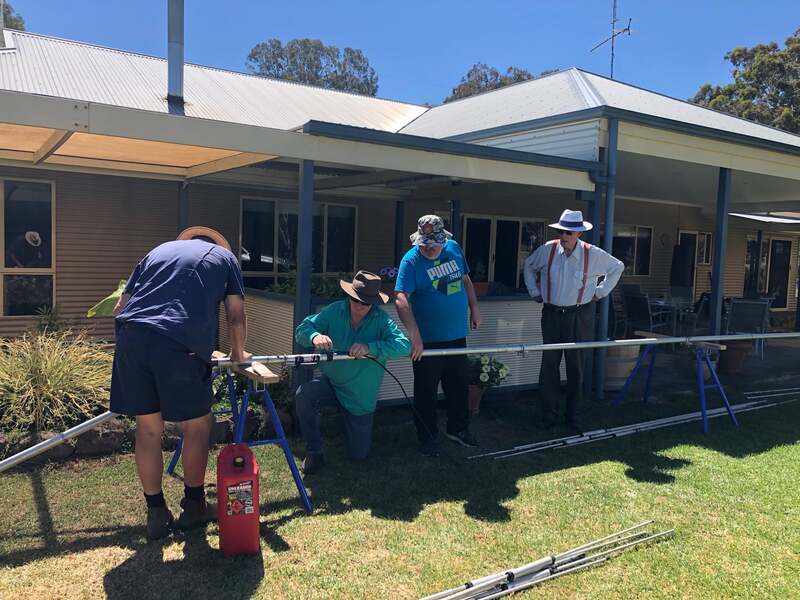 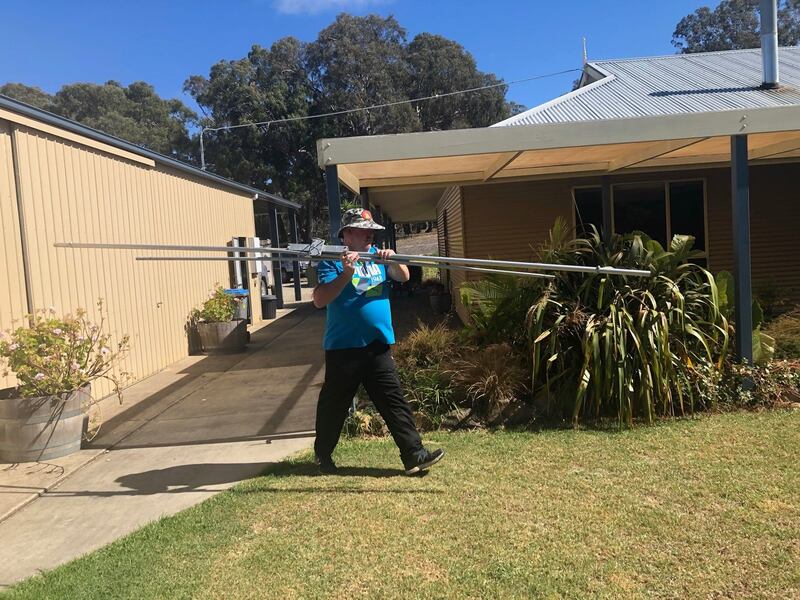 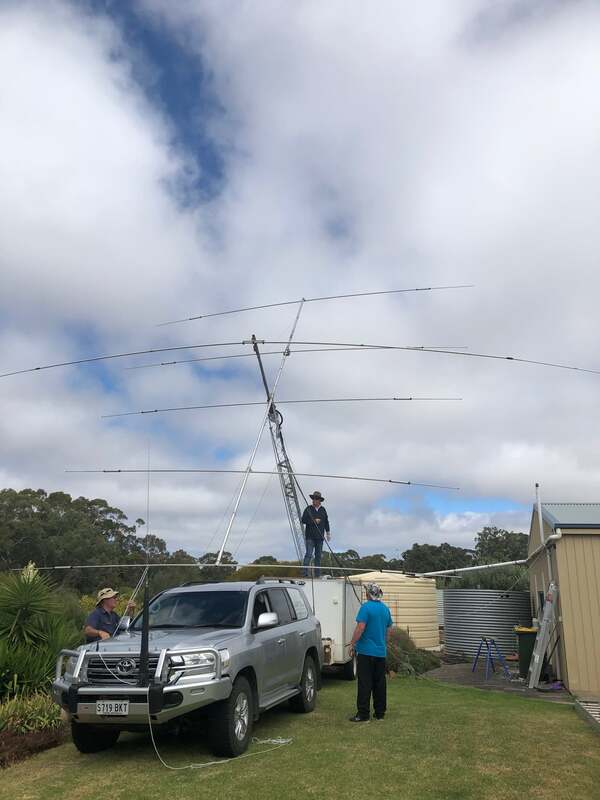 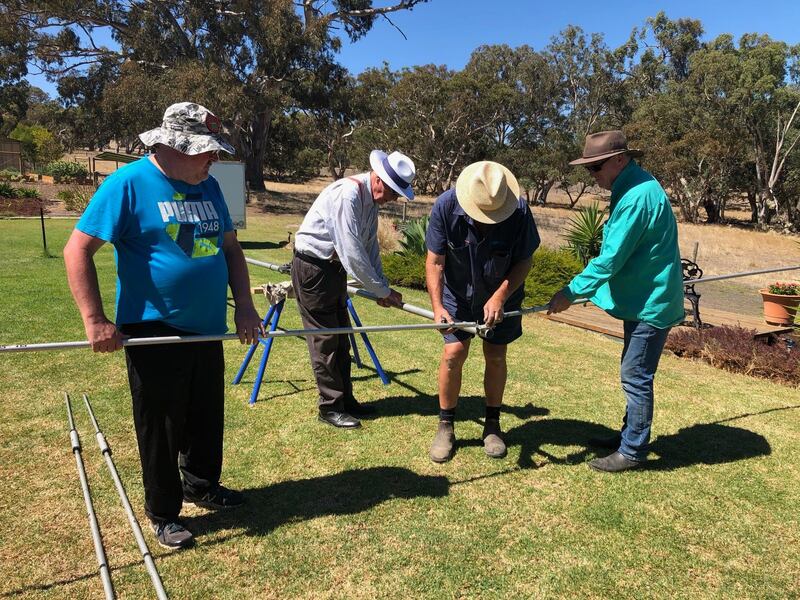 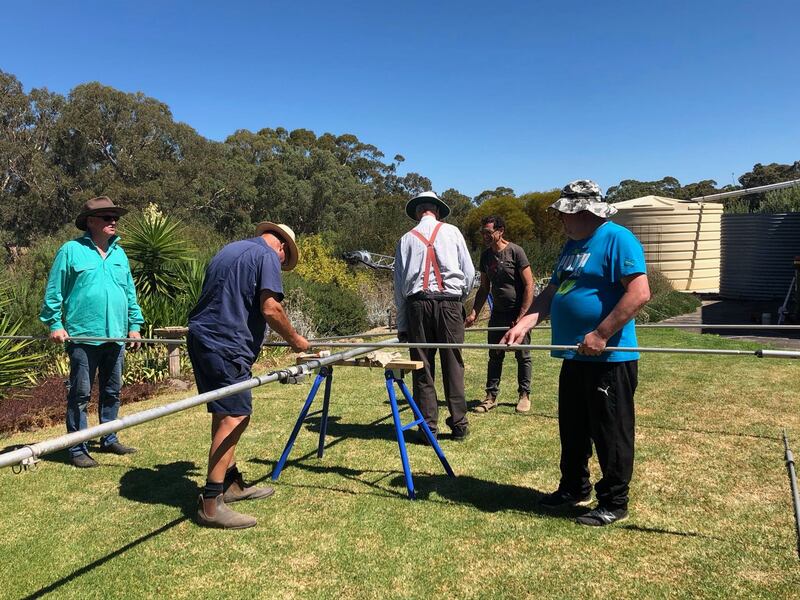 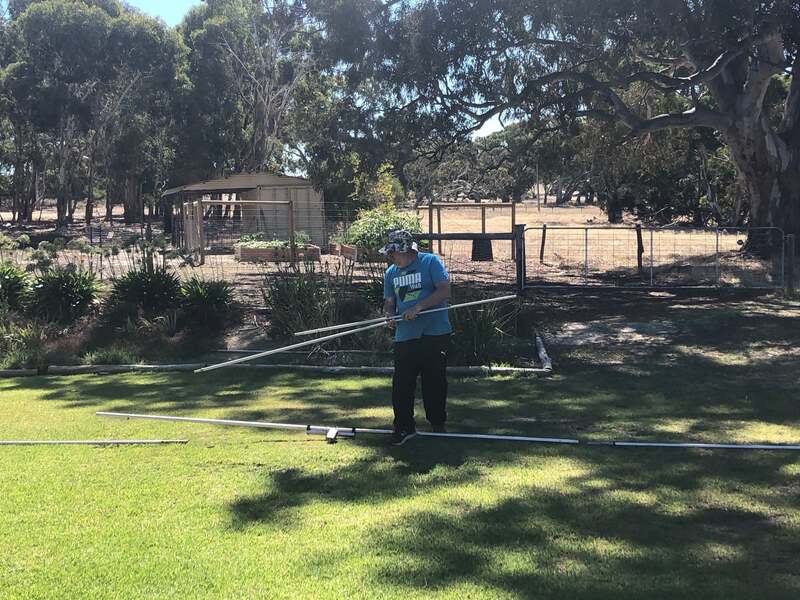 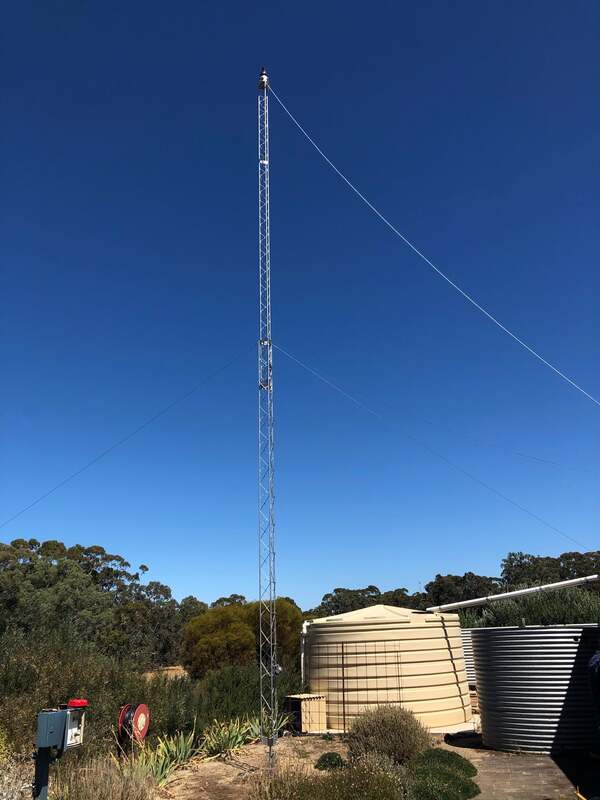 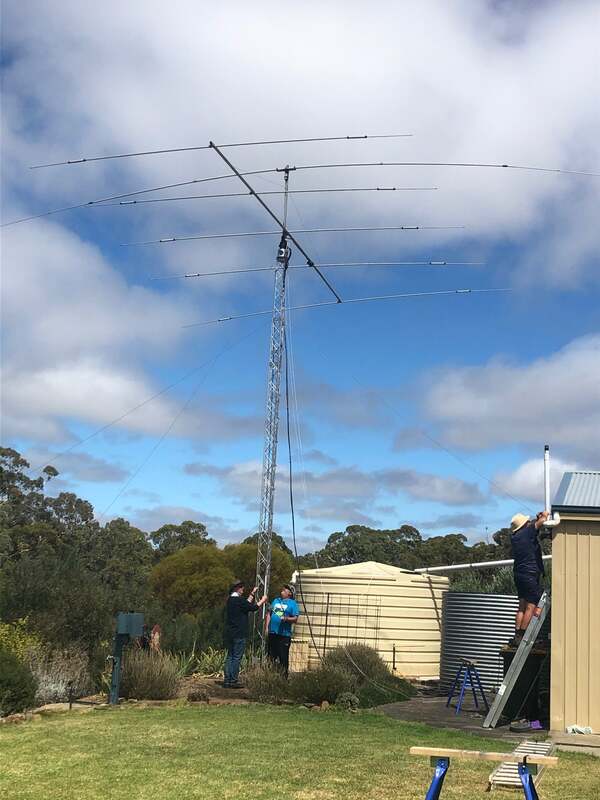 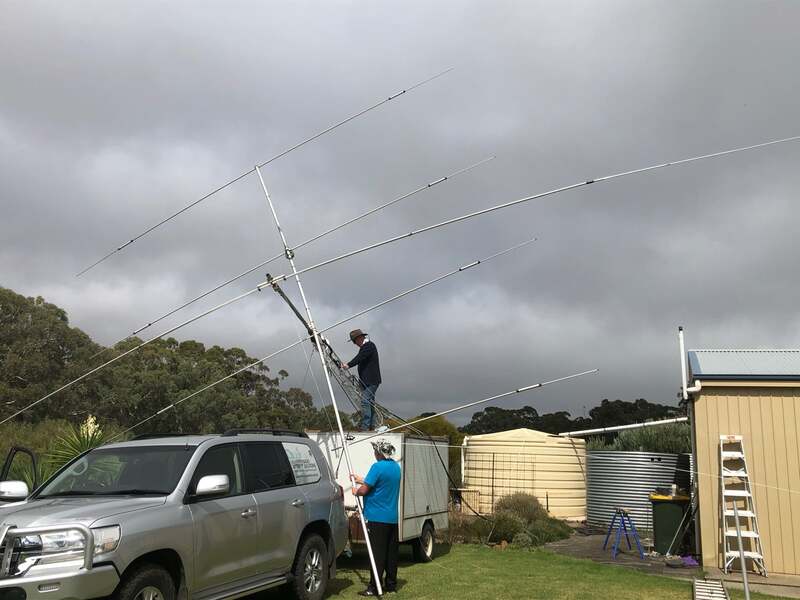 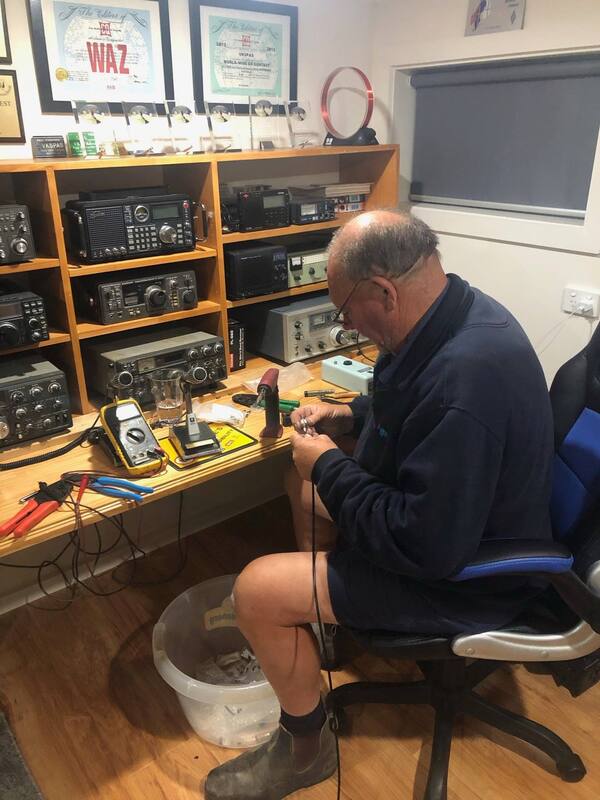 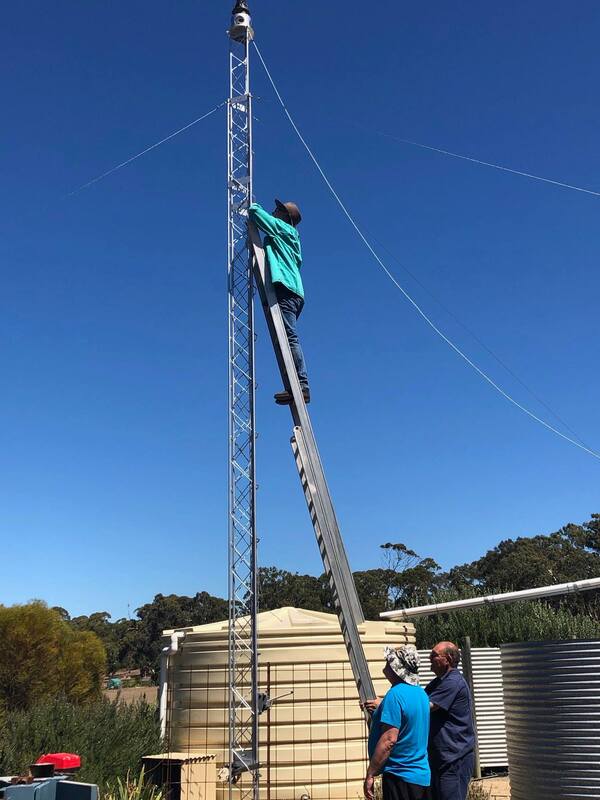 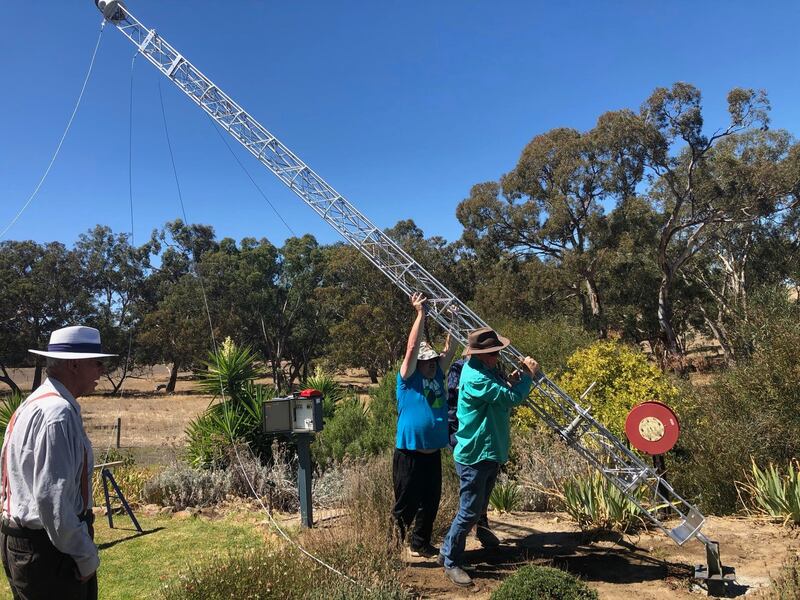 In February 2021, I had a 2 stage tower and a 2 element 40m beam delivered from Gunbower in Victoria.  These belonged to Bob VK3SX.
In April 2022, work commenced on tower number two.

MY PREVIOUS TOWER AT MY OLD QTH.

The tower required quite a bit of work as it was in pretty average condition.  I sanded back the frame and resprayed the tower. 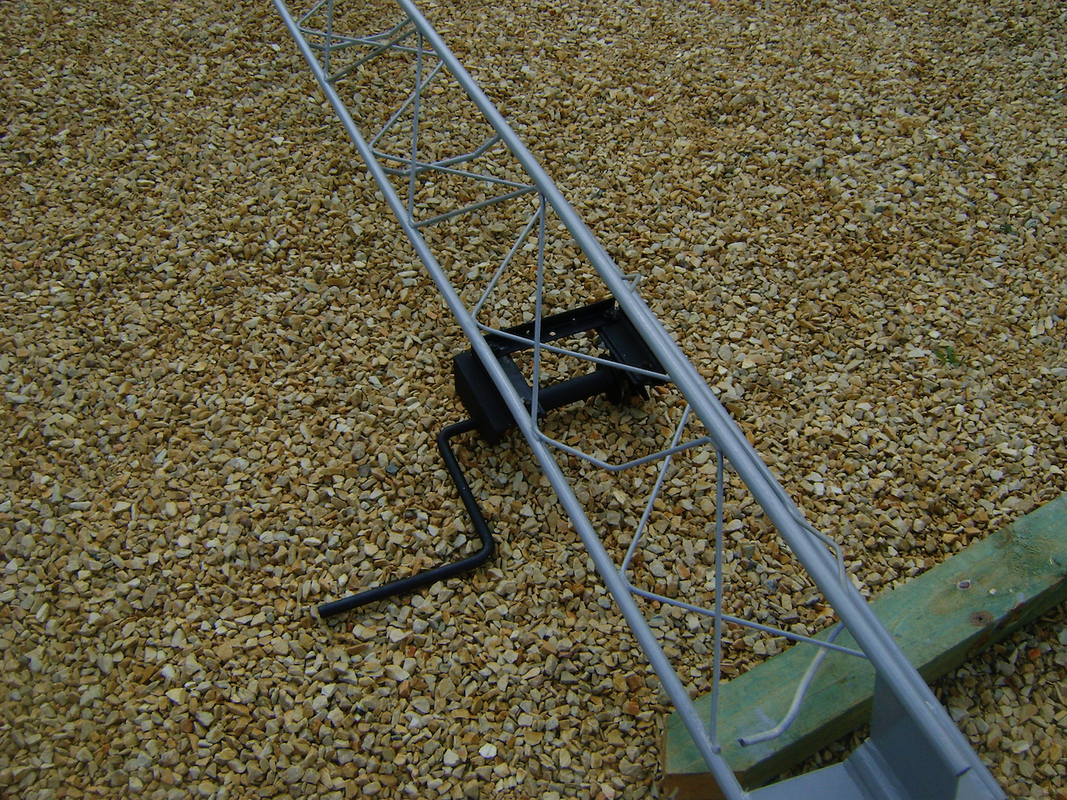 Erection of the tower.

Installation of the tower commenced in November 2011.

Many thanks go out to Rex VK5FRCP and Dave VK3VCE for their tremendous help. 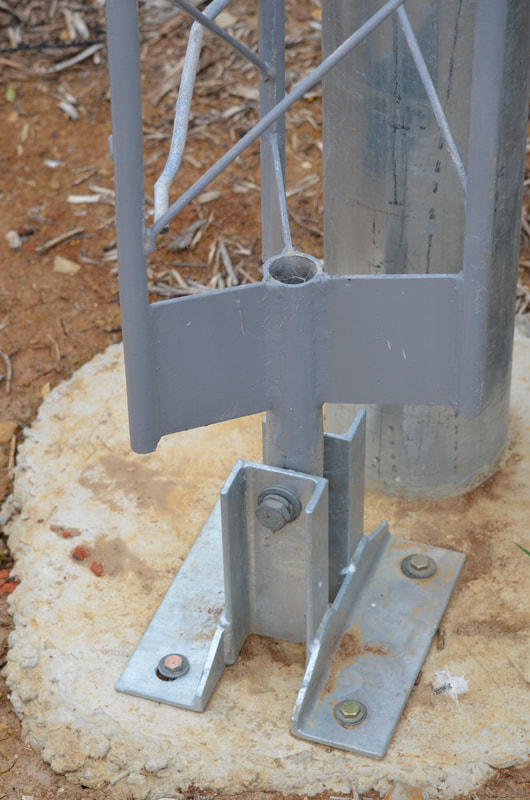