In 2014 I undertook some enquiries with the South Australian Lands Titles Office, Department of Planning, Transport, and Infrastructure, and also the SA Legal Services Commission, and queried them re the legality of access to privately owned land which has a trig point situated on it.  I had heard rumours that if there was a trig point, then the land owner was required to allow access to the public to the trig point. I decided to seek some official clarification on the South Australian perspective. 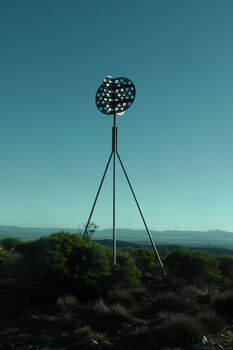 Under the Survey Act 1992, land surveyors have the right to enter onto private land to access trig points.

The Act states that a survey mark is…..

(a)  a mark or peg of a kind specified in survey instructions ion force under this Act that is placed on or in land for the purposes of defining a boundary of the land; or
(b)  a permanent survey mark.
Section 46 of the Survey Act 1992 states…..
A surveyor, or a person authorised in writing by a surveyor, may-
(a)  at any reasonable time, enter any land for the purpose of carrying out work in connection with a survey; and
(b)  take such action as is necessary to enable the survey to be carried out effectively (including excavating or breaking the surface of land to the extent necessary to uncover or place a survey mark).

It is also an offence under the Act to hinder or obstruct a person in the exercise of a power conferred by the Act.

So, the rumours are INCORRECT !

You cannot enter land that has a trig point on it, unless you have the permission of the land owner.

In England, there is the freedom to roam, or everyman’s right.  This relates to the general public’s right to access certain public of privately owned land for recreation and exercise.  In both England and Wales, public access rights apply to certain categories of mainly uncultivated land—specifically “mountain, moor, heath, down and registered common land.”   Developed land, gardens and certain other areas are specifically excluded from the right of access.   Agricultural land is accessible if it falls within one of the categories described above.  Some other European countries have similar rights of access.

Here in Australia, we have no such rights of access.
​
There are some exceptions to access across privately owned land here in South Australia.  This includes the Heysen Trail, which is a long distance walking trail (1,200 km) stretching from the Flinders Ranges, via the Adelaide Hills, to the Fleurieu Peninsula.  Part of the trail traverses private property.  However this access would be documented and possibly included as right of way in the Title.

Section 17 of the Summary Offences Act 1953 of South Australia states…..
​
(1)  Where-
(a)  a person trespasses on premises; and
(b)  the nature of the trespass is such as to interfere with the enjoyment of the premises by the occupier; and
(c)  the trespasser is asked by an authorised person to leave the premises,
the trespasser is, if he or she fails to leave the premises forthwith or again trespasses on the premises within 24 hours of being asked to leave, guilty of an offence.
At the start of 2015, I was doing some work to confirm the name of a summit on the Fleurieu Peninsula, south of Adelaide.  The hill was recorded as ‘un-named’ VK5/ SE-016, on the Summits on the Air (SOTA) database.  As it turns out the summit is actually called Black Bullock Hill.

What I did find out when researching this summit, was that there was a virtual Geocache located at this summit as part of the Geocaching program.

There were references in the Geocaching Logs on the internet, for this summit, such as:

“This trig was just beyond the fence so Mr S decided to quickly climb over.  It was only then that he discovered the top strand was live.  Quickly took a photo and then Mrs S held the strand down with a stick whilst he made the return journey’.

‘Arrived to find locked gate and no sign of life at house, so did the climb gate, take photo, high tail outa there trick’

‘Trig point is on a common access road although the gate may be locked at times this means the owner to the property ‘Noel’ isn’t home.  Access cannot be denied but it would be polite to ask, although the Trig point is befoe you reach the house……’
​
These comments by the Geocachers got me thinking again about the issue of Trespassing, and access to land where trig points exist.
I contacted Geocaching Management via email, and got a very prompt reply from them.  They advised that they had removed these 2 geocaches from the list.  They went on to say:

‘You are correct in that no unauthorised person is allowed to access an area without landholders consent.  The trigpoints were derived from Geoscience Australia and slowly we’ve been weeding out the legally and physically inaccessible ones. Any member has the ability to de-list a trig found to be on private property……….I’ll be posting on our forums to remind geocachers to respect private boundaries when out and about (something they should be doing anyway)’.

I also telephoned Steve, the Manager of Survey Operations and at the Department of Planning, Transport and Infrastructure.  I had previously corresponded with Steve, who had previously stated that the land owner:

‘has the right to deny entry to the said trig point to everyone except surveyors carrying out their work…….Land owners are within their rights to deny access to trig points on their land for any prupose other than surveying’.

Only a surveyor or a person authorised by a surveyor, may enter private property, under the authority of the Survey Act 1992.  There is no ‘freedom to roam’ or ‘everymans right’ as exists in the United Kingdom.


So PLEASE, ignore any RUMOURS you may have heard about being able to access private property.  They are just that, ill-based rumours, which may land you in hot water with the law, and spoil things for other SOTA activators. 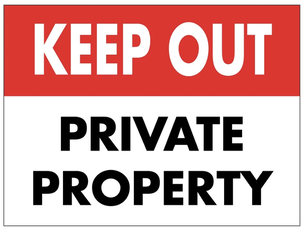 DO NOT access private property, unless you have the expressed permission of the land owner.