At present, Australian and New Zealand operators most commonly use the following OSCAR satellites. 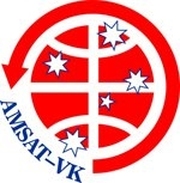 AMSAT is a worldwide group of Amateur Radio Operators who share a common interest in building, launching and communicating with each other through non-commercial Amateur Radio satellites.

AMSAT-VK is a group of Australian Amateur Radio Operators who also share the same common interest in building, launching and communicating with each other through non-commercial Amateur Radio satellites.


I am a member of AMSAT-VK.

Below are some great introductory videos on the Arrow 2 m / 70 cm satellite antenna by K7AGE.

Here is another good introductory video by Tim, AE6LX

An introduction to amateur satellites, by Emily W0EEC

This video is of the International Space Station (ISS) school contact with participants at the Lycee Polyvalent Anatole France.

Anatole France is a French high school located in Lillers, a small town in the center of the Pas-de-Calais department. There are about 850 students 15 to 20 years old. The science teachers and the local amateur radio club F4KIS, which became in 2010 the ‘Artois Lys Radio Club’, have developed a partnership since 2007 collaborating on projects to send sounding balloons into the stratosphere.

This year, they are working with a group of students to contact the ISS. The students are preparing the TPE project for their final exam. They need to define the subject of their research, find information about it and run experiments over a period of six months in order to give an oral presentation of their work in front of a jury. Ten students have chosen to join the ARISS project for their TPE and are divided into three groups working on:
- Recycling in space.
- Traveling to space and back: taking off, putting a shuttle into orbit and landing it.
- The effects of weightlessness on the human body.