Summits on the Air (SOTA) commenced in South Australia on the 1st day of October 2012.

Ian VK5CZ and Wayne VK3WAM were instrumental in getting SOTA up and going in VK5.  Ian is the VK5 SOTA Manager.

This is the most recent version of the VK5 Association Reference Manual (issued 1st December 2015).


In South Australia, we have four regions with a total of 346 summits:- 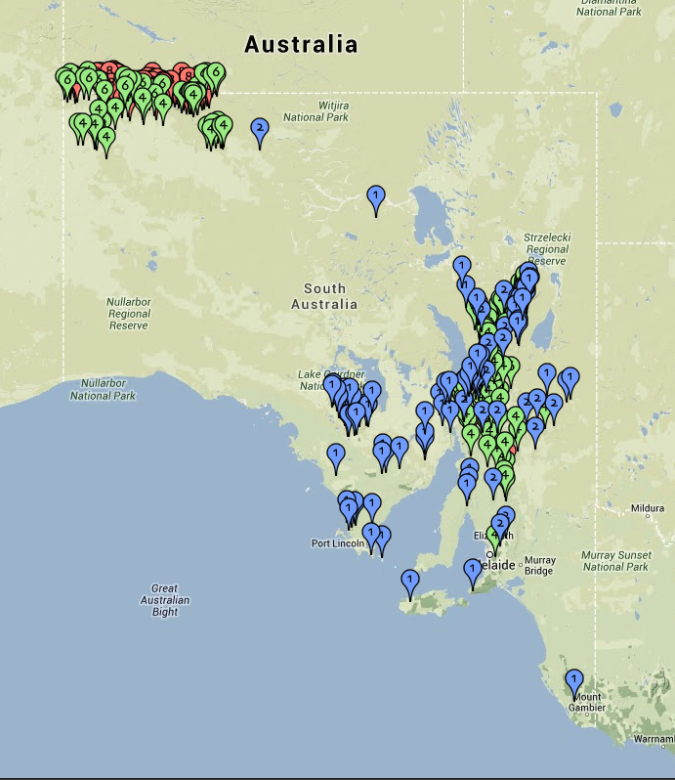 Points are awared for activating a SOTA summit or working a station on a SOTA summit.  The points are proportionate to the height of the summit above sea level.  Here is the point scoring system applicable to South Australian summits.....

I headed to the mid-north of South Australia and activated the following summis:-
​ 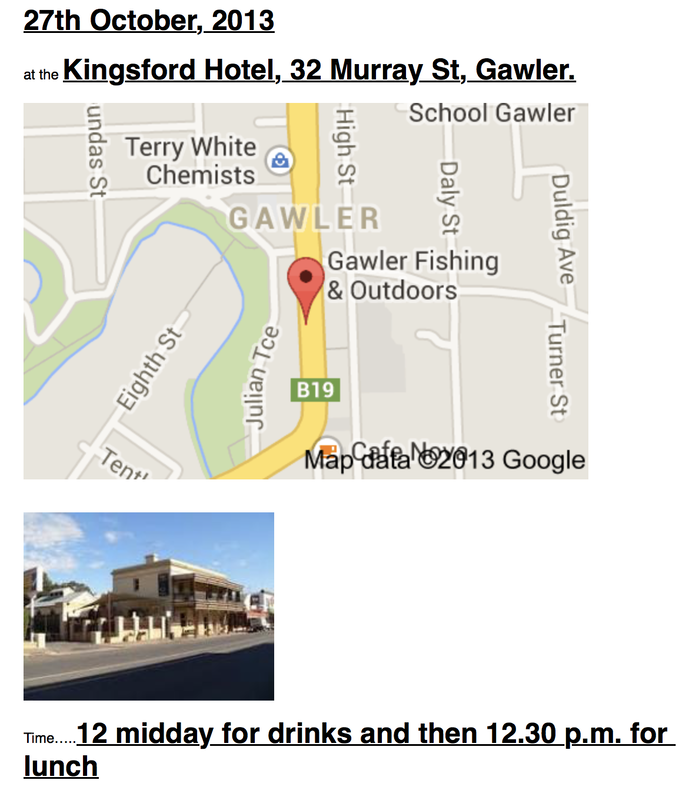 On 27th October 2013, a lunch was held at the Kingsford Hotel at Gawler, to celebrate the 1 year anniversary of SOTA in VK5.

Eight keen amateurs attended.  A great meal was shared along with some SOTA 'war stories'.  The lunch was also a show and tell, with various equipment on display including one of the new Wouxon X1M transceivers.

Larry VK5LY and Andy VK5LA travelled all the way from the Riverland, and activated Mt Gawler, VK5/ SE-013 on the way. 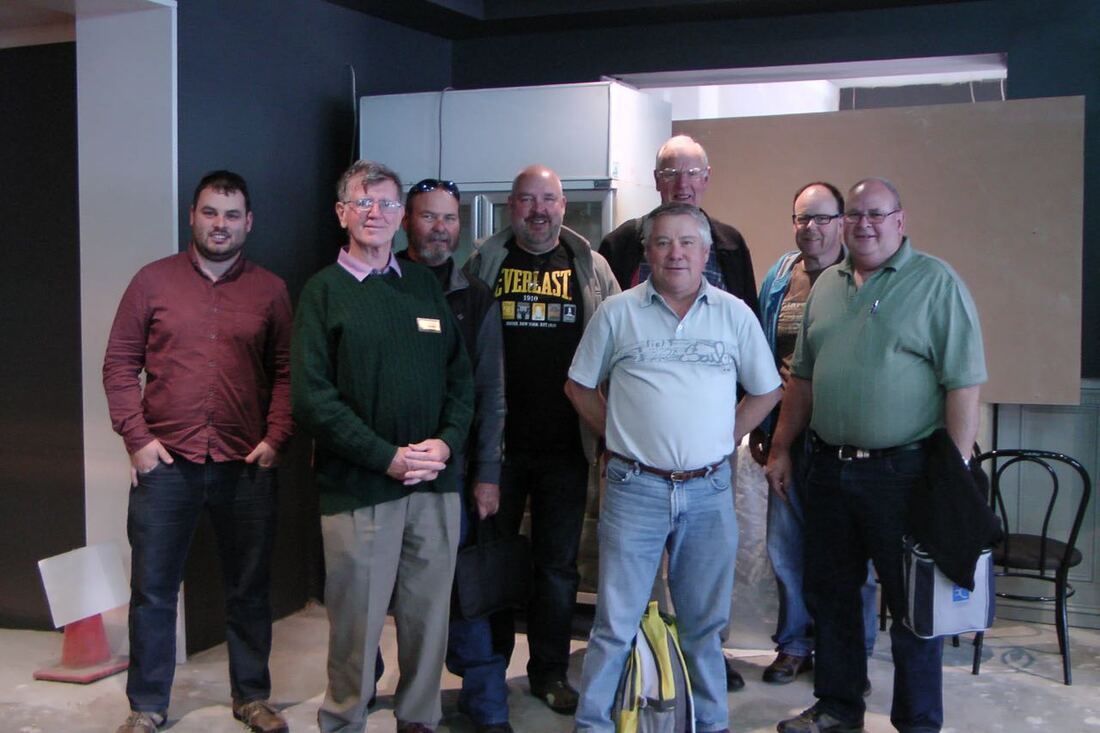 On 1st October 2013, SOTA in VK5 celebrated its 12 month anniversary. To celebrate the occasion a SOTA activation day was held on Sunday 6th October 2013.
Below you can listen to an item which I submitted for the Wireless Institute of Australia (WIA) broadcast.
I activated Black Bullock Hill VK5/ SE-016 on the Fleurieu Peninsula which is south of Adelaide.  I made a total of 49 QSOs including 12 Summit to Summit contacts.
More information on my activation can be found on my Wordpress site at...... 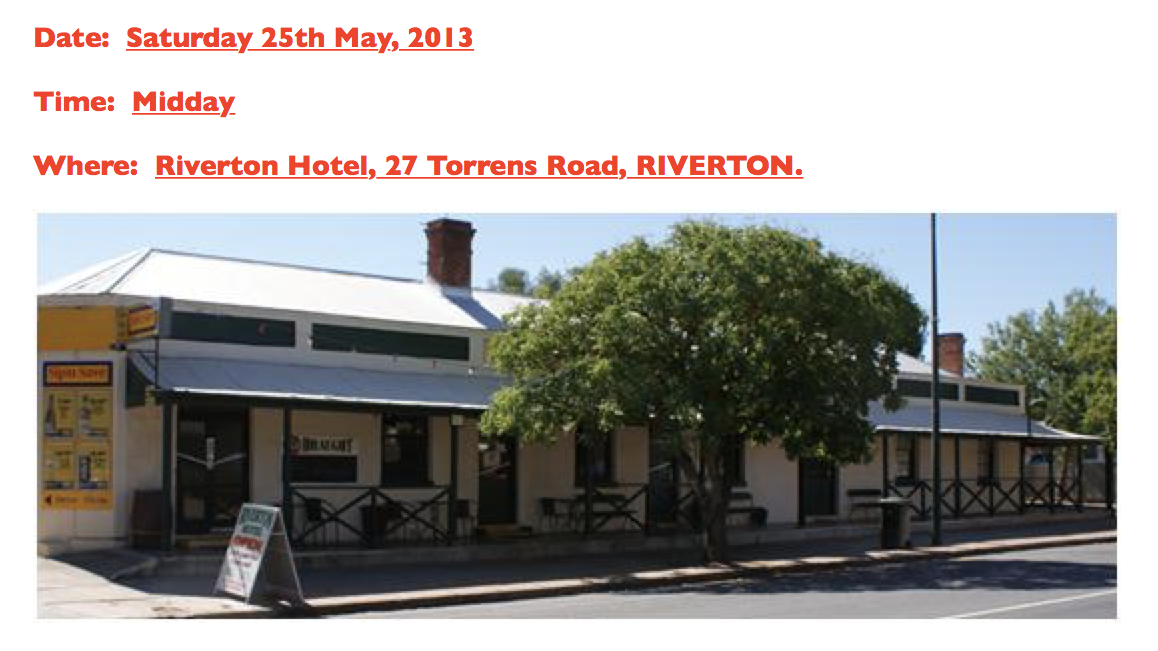 On Saturday 25th May 2013 a VK5 SOTA  get together was held at the Riverton Hotel in the mid north of South Australia.  Sadly, only three of us turned up: Myself, Ian VK5CZ, and Andy VK5AKH.

In 2013 I decided to send out certificates to VK5 SOTA activators and chasers who had reached particular milestones.  The motivation was to try to get some more VK5 amateurs interested in the SOTA program.


The Mountain Goat certificate features a picture of a goat which I saw grazing in a paddock, close to the fenceline, when I was travelling between park activations.

The activator certificate, aptly features a sloth, which I found on wikipedia.

When I become heavily involved in the WWFF program, I ceased issuing these certificates. 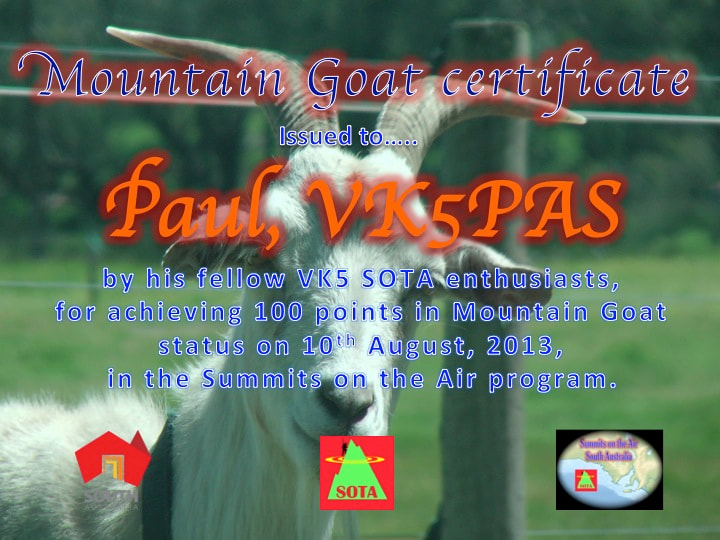 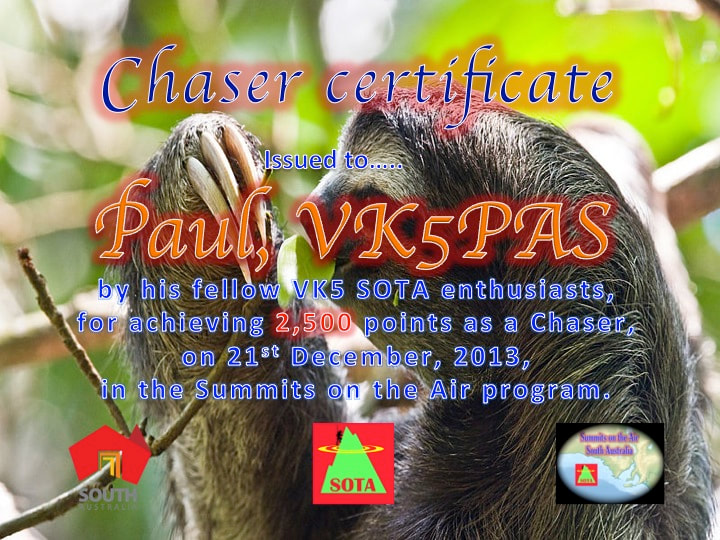 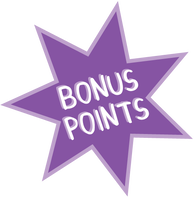 Unlike many other SOTA Associations, VK5 does not have a seasonal bonus.

It was suggested due to South Australia's extreme temperatures that VK5 haave a summer seasonal bonus, however this did not occur.  Please see the comments below from Wayne VK3WAM......

"When VK5 was being set up, it was decided not to go for a summer bonus due to the remoteness of many summits, plus warnings from authorities to avoid most of these areas during the summer season. Many of these regions -  which would also apply to VK6 and VK8 - are dangerous during the summer months due to very high sustained heat and remoteness."