This contest was developed by the Fisher’s Ghost Amateur Radio Club in memory of Ted Powell, who became a silent key on 16 March 2014. Ted’s passion was working rare DX and collecting QSL cards. At the time of his passing, Ted had worked 301 entities and confirmed 300 by QSL cards. 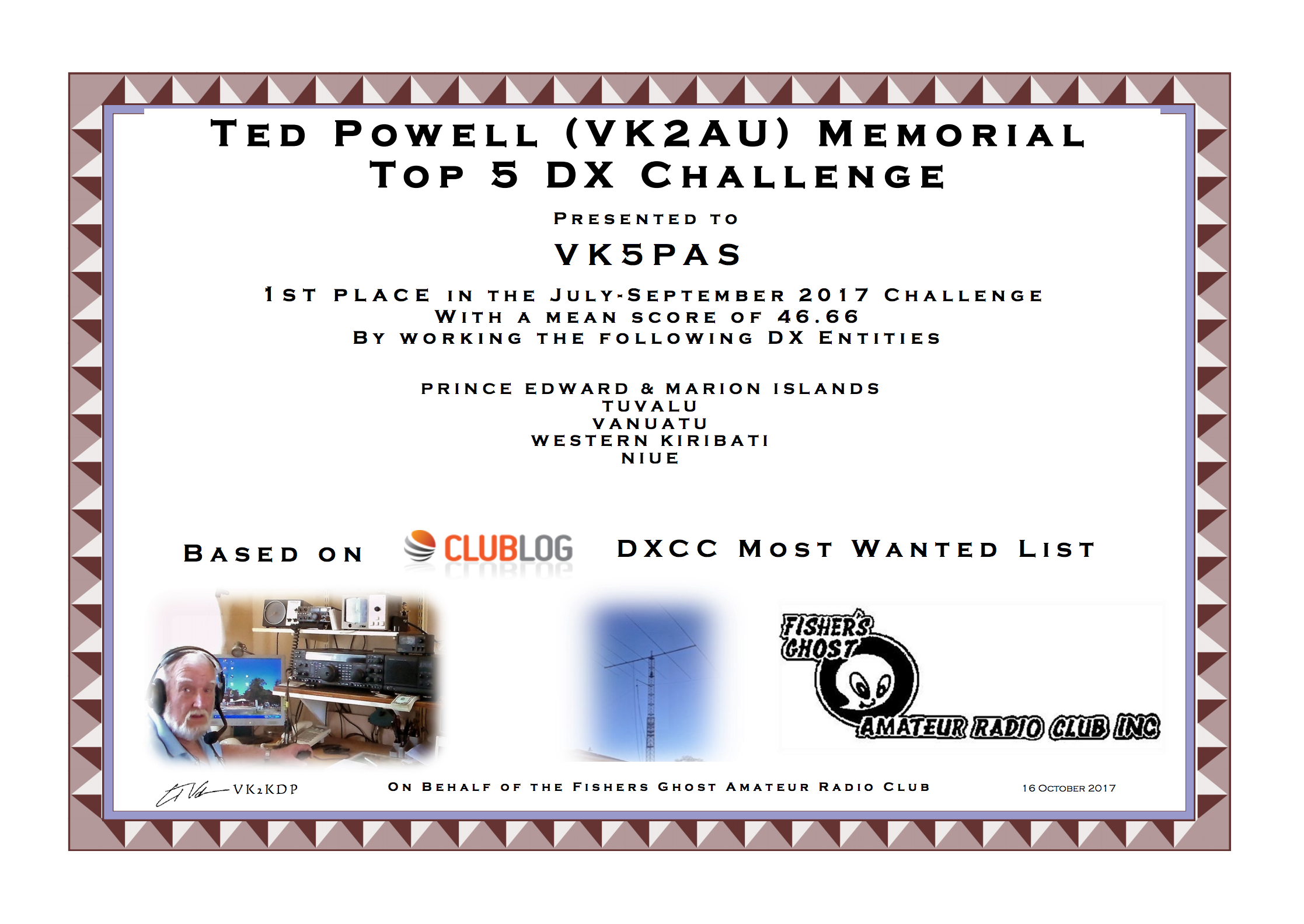