Shortwave listening, or SWLing, is the hobby of listening to shortwave radio broadcasts located on frequencies between 1700 kHz and 30 MHz.

Listeners range from casual users seeking international news and entertainment programming, to hobbyists immersed in the technical aspects of radio reception and DXing.

In some developing countries, shortwave listening enables remote communities to obtain regional programming traditionally provided by local medium wave broadcasters.
​
Some estimates have placed the number of shortwave listeners worldwide in the millions. 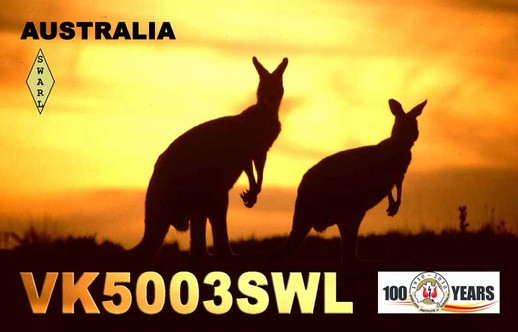 My introduction to VHF listening and Short Wave Listening

My father was a Sergeant in the Police Force and when I was about 14 years old Dad bought me a multi band radio.  I was really keen to become a police officer and the radio offered the opportunity of listening in to the Police, taxis, ambulance, car phones, ambulance, the air bands, and more.
A few years later I purchased a similar VHF communications receiver from Dick Smith Electronics. 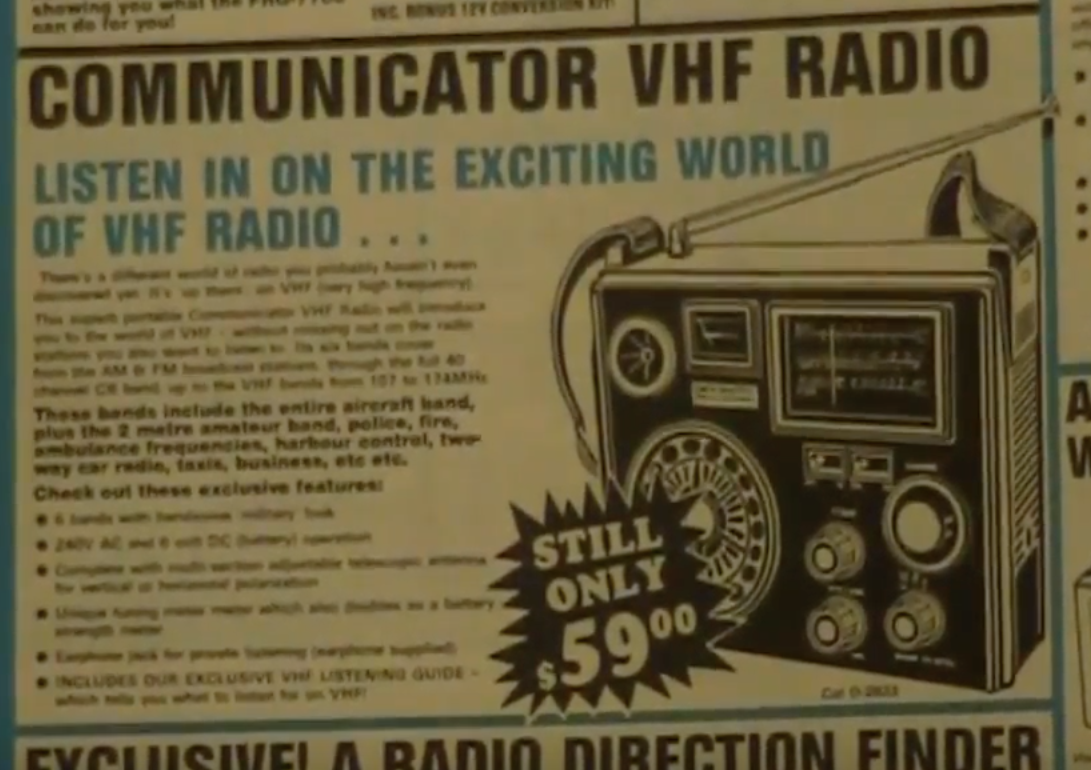 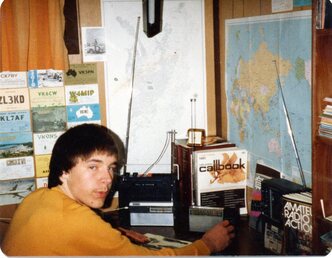 I started SWL'ing on the short wave bands at about the same age.  My grandfather moved to live with us following the death of my grandma.

Grandpa was a cook on boats and because of this he had a keen interest in listening to the broadcast stations on the SW bands.  This is where my interest in the hobby came from.
​
​
At first I had a cheap AM radio with SW capabilities with a telescopic antenna.  My father mounted some poles for me and hooked up a 30 foot random wire at about 8 metres, and this worked great.  The random wire had an alligator clip on one end.  I just attached that to the telescopic whip of the radio.  I listened to SW broadcast stations all around the world and soon started my QSL card collection which as a teenager was really exciting.

One night I heard some 'donald duck' talk and asked my grandfather what it was, and he told me about amateur radio operators.  As there was no internet to look at, I read a few books and found that by putting another radio back to back with mine, I could decipher the 'donald duck' language, as the 2nd radio acted as a Beat Frequency Oscillator.

I joined the Wireless Institute of Australia & obtained the SWL call of SWL L50000, & purchased a call book from my local Dick Smith store.

Soon after I heard Chris, VK5PN, on the bands.  He had such a strong signal as he lived a short distance away.  One day I jumped on my pusbike and rode around to the suburb of Klemzig, and knocked on Chris' door and introduced myself, and Chris started to encourage me to obtain my amateur radio licence (it wasn't to happen until 30 years later).
I started sending out QSL cards to both broadcast SW stations and amateur radio operators.  My first QSL card was from Bint Services in Victoria (see below). 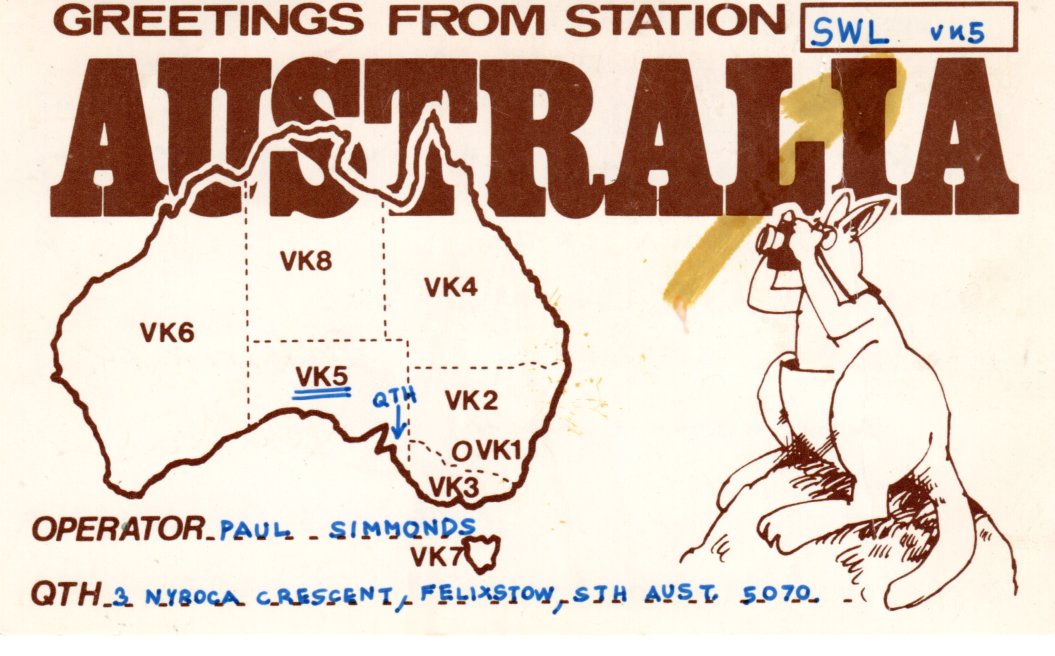 I then started purchasing a different style QSL card from a printing company near South Terrace in Adelaide (see below). 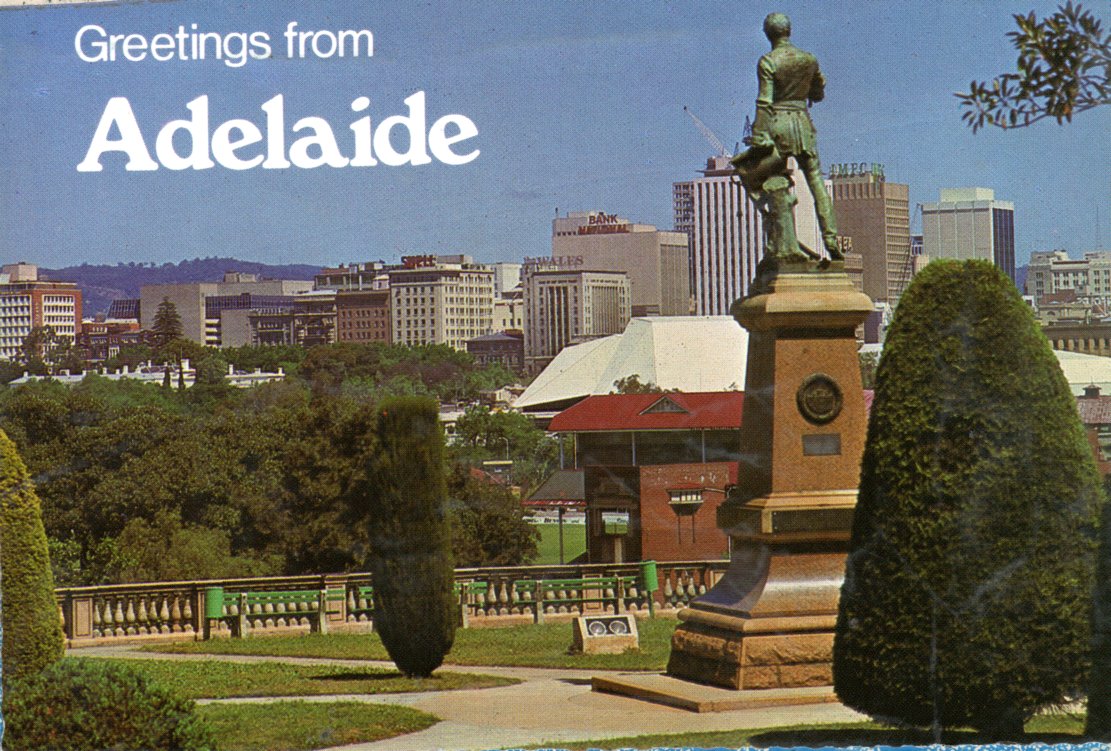 Below is one of my early SWL logs. 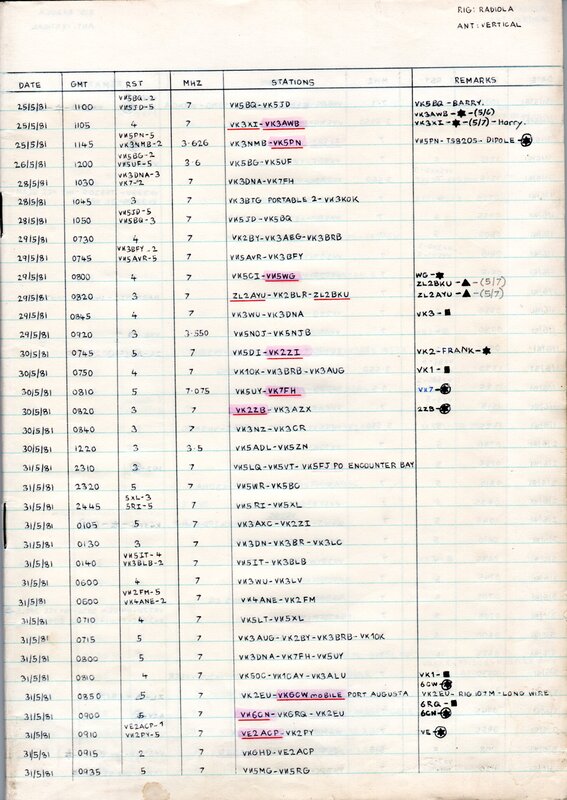 My next radio was a Yaesu FRG-7700 which had just come onto the market.  This was a huge improvement in my listening pleasure.  I still have the FRG-7700 today and it is still working a treat. 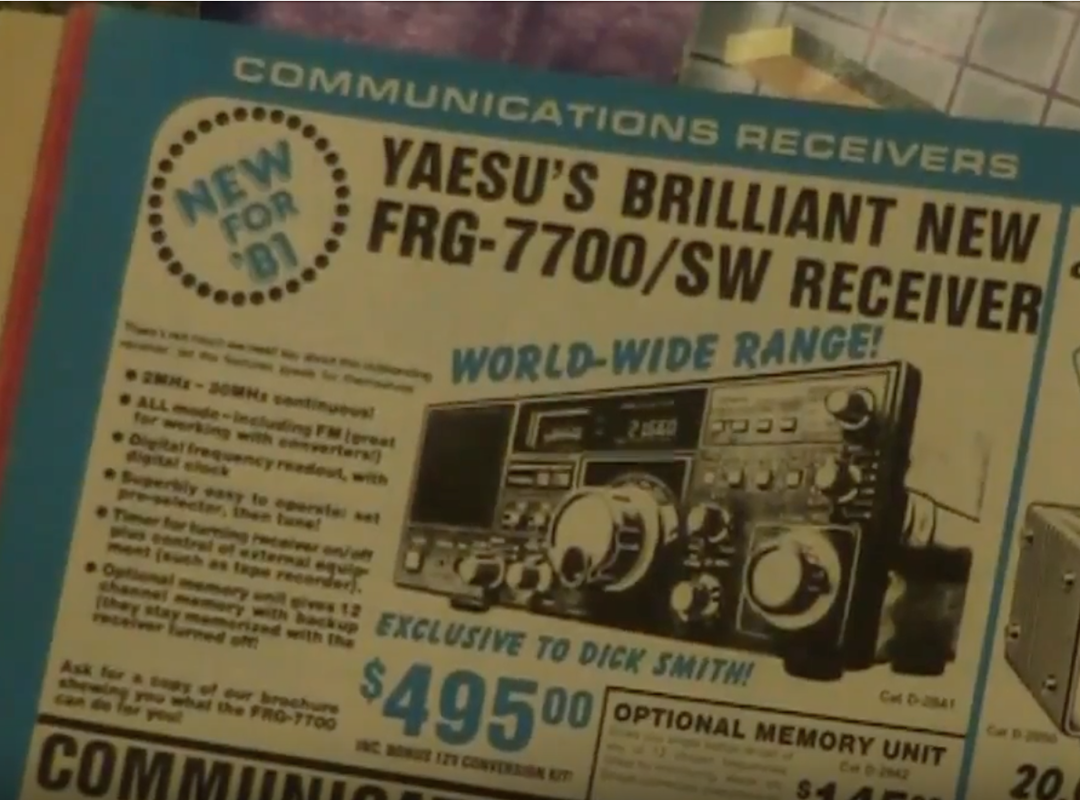 My interest in the hobby fluctuated over the years, and in January 2010 I started amateur radio SWLing again and continued to do so until I obtained my amateur radio licence in July, 2010.  I joined 'SWARL' and obtained the call of VK5003SWL.

During that 7 month period I sent out a huge number of QSL cards to amateurs all around the world.  I must say that I am extremely disapointed by the number of SWL cards sent out that were never returned.  This was despite the fact that I included a self addressed envelope and appropriate return postage.

So if there are any budding SWL's out there, I welcome any SWL reports and they will be returned 100 %. 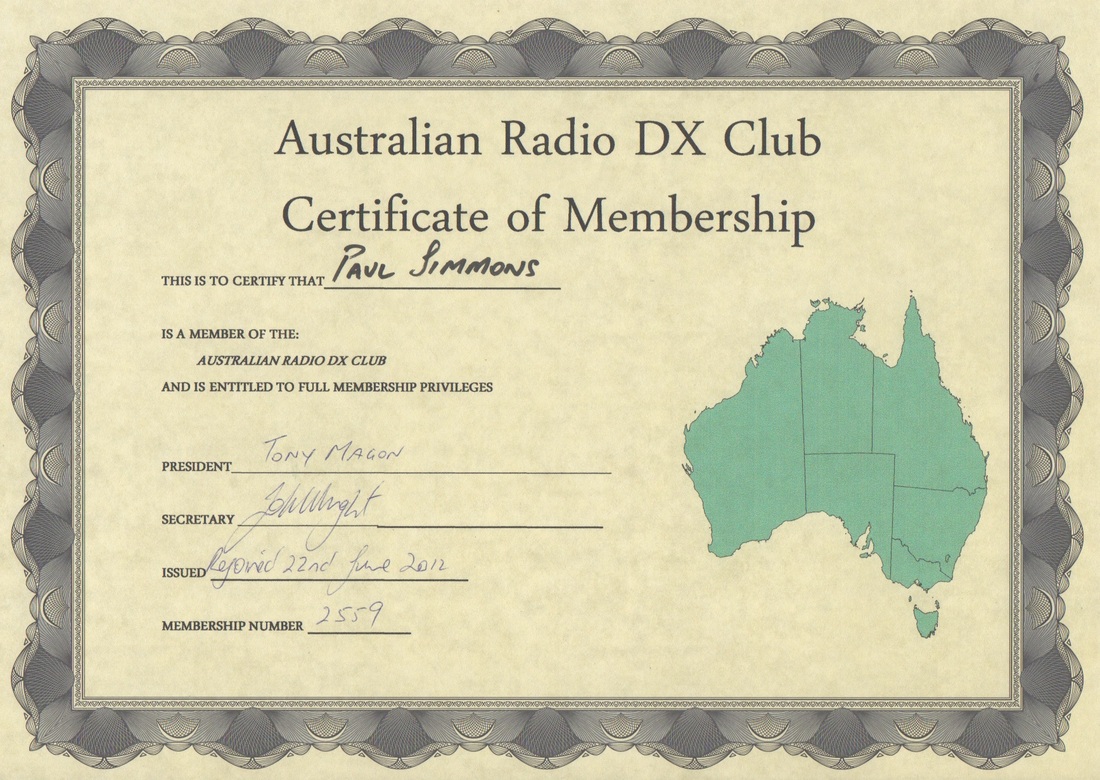 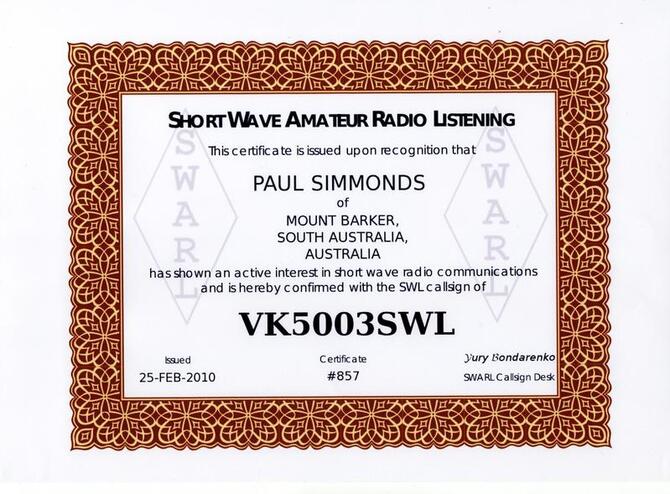 Some of my broadcast SWL cards received

Some tips for amateur radio SWL's 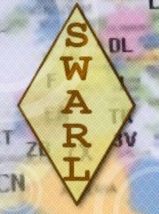 Devoted to Short Wave Listeners primarily interested in monitoring the Ham Bands and participating as SWL's in the various Han Radio Contests.  This group is open to all SWL's and Hams alike.
SWARL runs a group at Yahoo groups for  the exchange and communication of  information regarding the hobby.  This is a forum for exchange of ideas, notifications of  exotic stations, QSL information, contests  and special operating achievement awards.
SWARL can issue you with a personal unique SWL call sign.  My SWARL call sign is VK5003SWL.
As of May, 2013, there were over 3,200 people around the world, issued with SWARL Short Wave Listener call signs.
The SWARL website has some excellent reading material on QSL cards, log books, Contesting, etc.
More information can be found at the SWARL website by clicking on the link below.......
Button Text
SWARL also have a Groups.io site which can be found at.........https://groups.io/g/swarl

The AUSTRALIAN RADIO DX CLUB (Inc), is a non-profit organisation which was founded in June 1965.  The ARDXC is dedicated to providing its members with
news and information, and to generate friendship amongst DXers and BCL's throughout
Australia and the world.
Shortwave Listeners, Broadcast Band Listeners. Utiities, TV & FM reception are all covered by the ARDXC, in the 'Australian DX News' magazine which is published eleven times per year.  Membership is open to all, regardless of which aspect of radio hobby they are interested in.  The ARDXC caters for all DXing listening interests.
Click on the link below to take you to the ARDXC website.....

Below is a sample copy of the 'Australian DX News' magazine...... 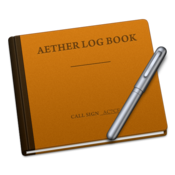 Aether is a ham radio logging application for Mac OS X. Aether includes tools to quickly and easily log QSOs while on the air, as well as organize, search and track your QSOs later. Aether was designed for Mac OS X, and has the same kind of clean, intuitive, friendly interface you've come to expect on the Mac.