This was the year that I first obtained my amateur radio licence, the Foundation call of VK5FPAS.

I entered into a number of Contests, but foolishly did not submit my logs.  I definitely had my 'Learner plates' on during my first year of being licenced.

Prior to 2006 this event was known as the 'Wadda Cup'.  The Westlakes Amateur Radio Club took over the organisation of the event and renamed it 'The Westlakes Cup'.

This event is no longer held. 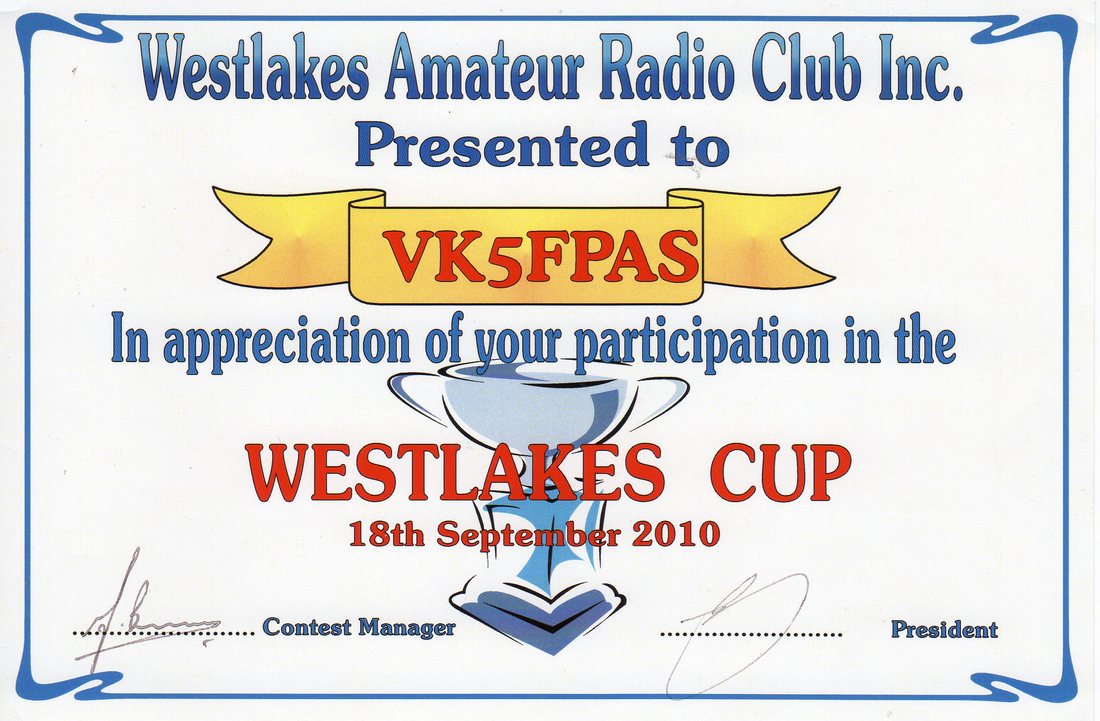 I took part in the Contest and made a total of 115 QSOs.

I entered into the Radio Amateurs Old Timers Club (RAOTC) QSO Party which was held on the 18th September 2010.

A total of 30 logs were received. 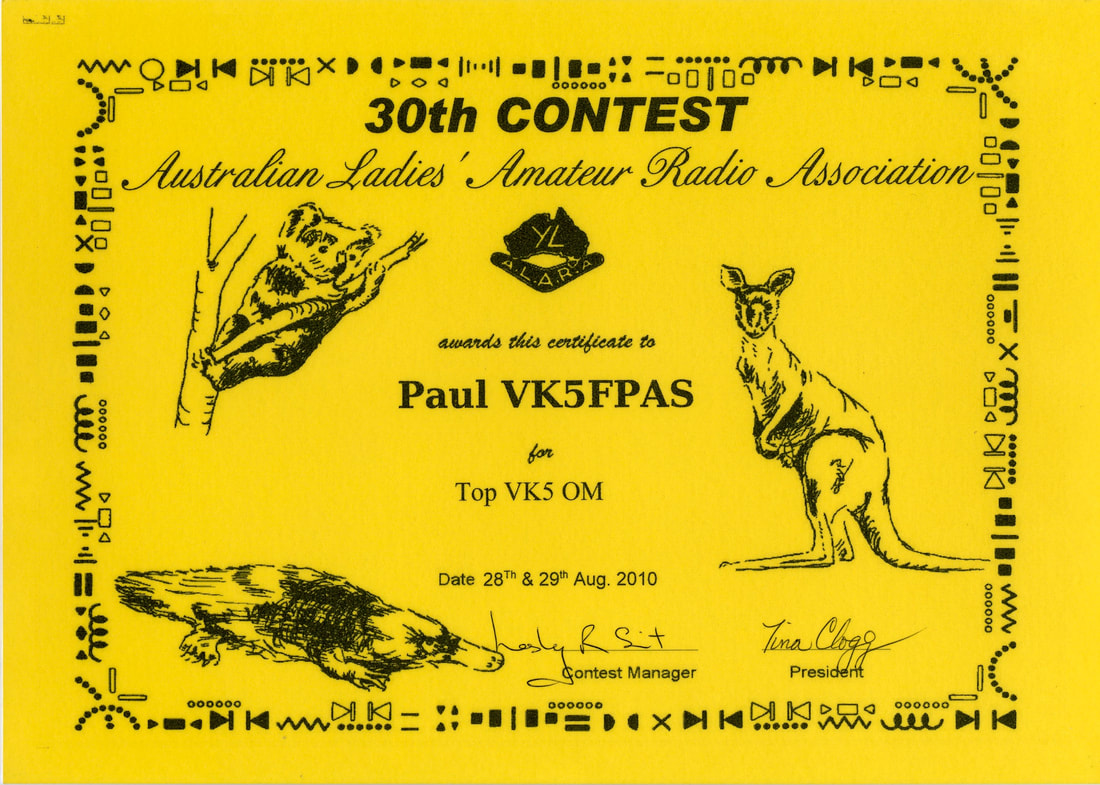 This contest commemorates the Amateurs who died during World War II and is designed to encourage friendly participation and help improve the operating skills of participants. It is held on the weekend closest to the 15th August, the date on which hostilities ceased in the southwest Pacific area.
I made a total of 119 contacts.

I took part in this Contest, but I did not submit my log.

This annual contest is named to honour Jock White ZL2GX, New Zealand Association of Radio Transmitters Inc (NZART) Contest and Awards Manager for over 40 years, for the service that he gave to NZART during that time.
I took part in the event, operating from home, and made a total of 20 QSOs with a total score of 1,500 points.

​Only one other VK took part in the event, Gerald VK2HBG. 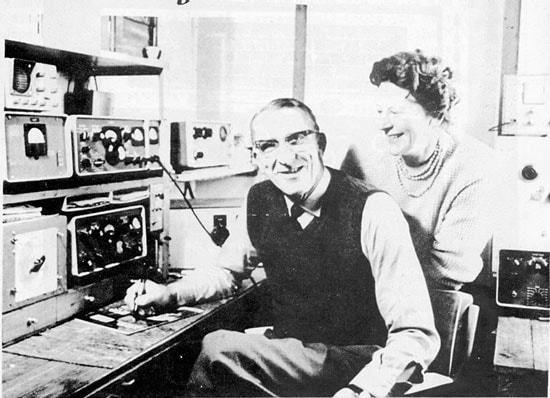 Above:- Jock White ZL2GX and his wife Beattie in 1963.  Image c/o hamgallery.com/qsl/country/New_Zealand/zl2gx.htm