What is a QSL card?

A QSL card is a written confirmation of either a two-way radio communication between two amateur radio stations, a one way reception report of a signal from a n AM radio station, FM readio station, a shortwave broadcasting station, or a television station by a third party listener. 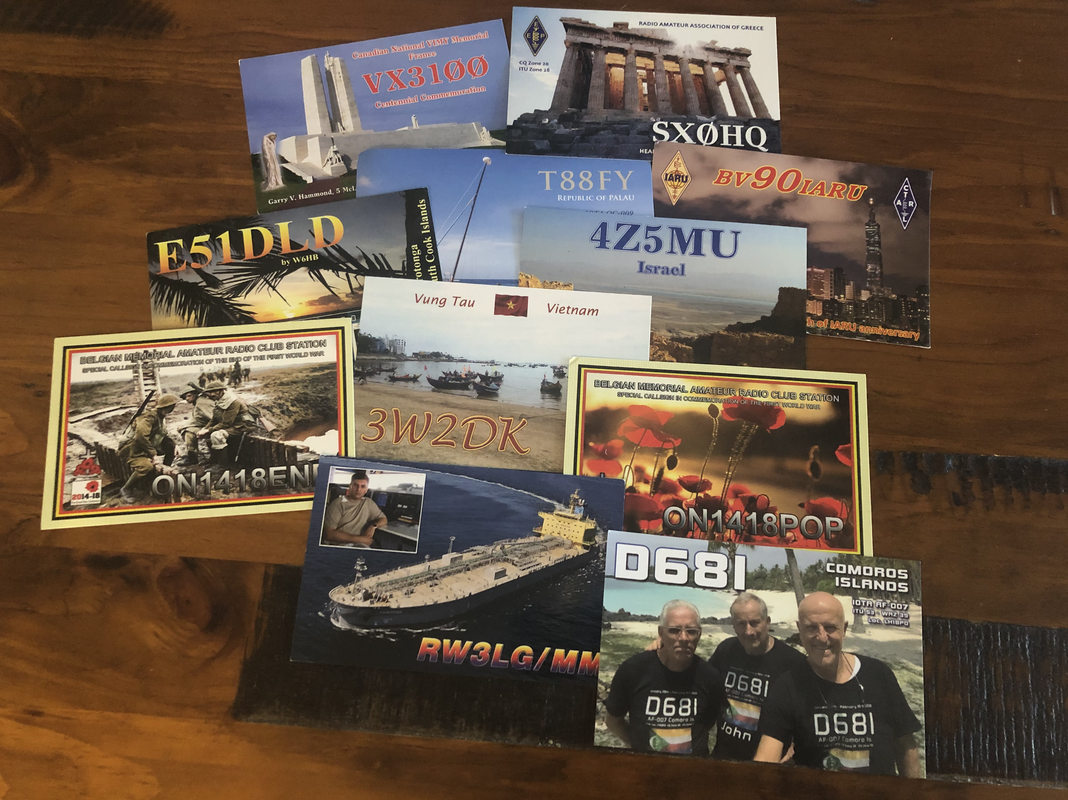 During the early days of radio broadcasting, the ability for a radio set to receive distant signals was a source of pride for many consumers and hobbyists. Listeners would mail "reception reports" to radio broadcasting stations in hopes of getting a written letter to officially verify they had heard a distant station. As the volume of reception reports increased, stations took to sending post cards containing a brief form that acknowledged reception. Collecting these cards became popular with radio listeners in the 1920s and 1930s, and reception reports were often used by early broadcasters to gauge the effectiveness of their transmissions.

When sending QSL cards to the QSL Bureau, cards must be sorted and grouped together.

Below you can view a copy of the Preferred Prefix listing.....

If you say you QSL, then please QSL.

I have sent NUMEROUS QSL card requests to VK  amateurs over the years, who say they QSL Direct on their QRZ.com page, and I have never received a reply.

Please, if you say that you QSL, then please do the courtesy of returning a QSL card.

​If you don't QSL, then please modify your QRZ.com page to indicate that you do not QSL.

'How to succed at QSLing without really trying' by Ron WN3VAW.

Logbook of the World (LOTW).