Radio Nacional Da Amazonia - National Radio of the Amazon.
https://radios.ebc.com.br/nacionalamazonia
Rádio Nacional da Amazônia is a popular communication channel that strengthens the link between communities in the Amazon, valuing and disseminating the cultural diversity of the region. The guidelines are born from the demands of the Amazonian population for social inclusion.

Inaugurated on September 1, 1977, the station broadcasts on short waves to the Amazon region, covering more than half of the national territory. It potentially reaches 60 million inhabitants, with a signal that reaches the entire northern region, in addition to Maranhão, Piauí, Bahia, Minas Gerais, Mato Grosso, Goiás and other states.

VIDEOS OF MY RECEPTION OF RADIO NACIONAL DA AMAZONIA. 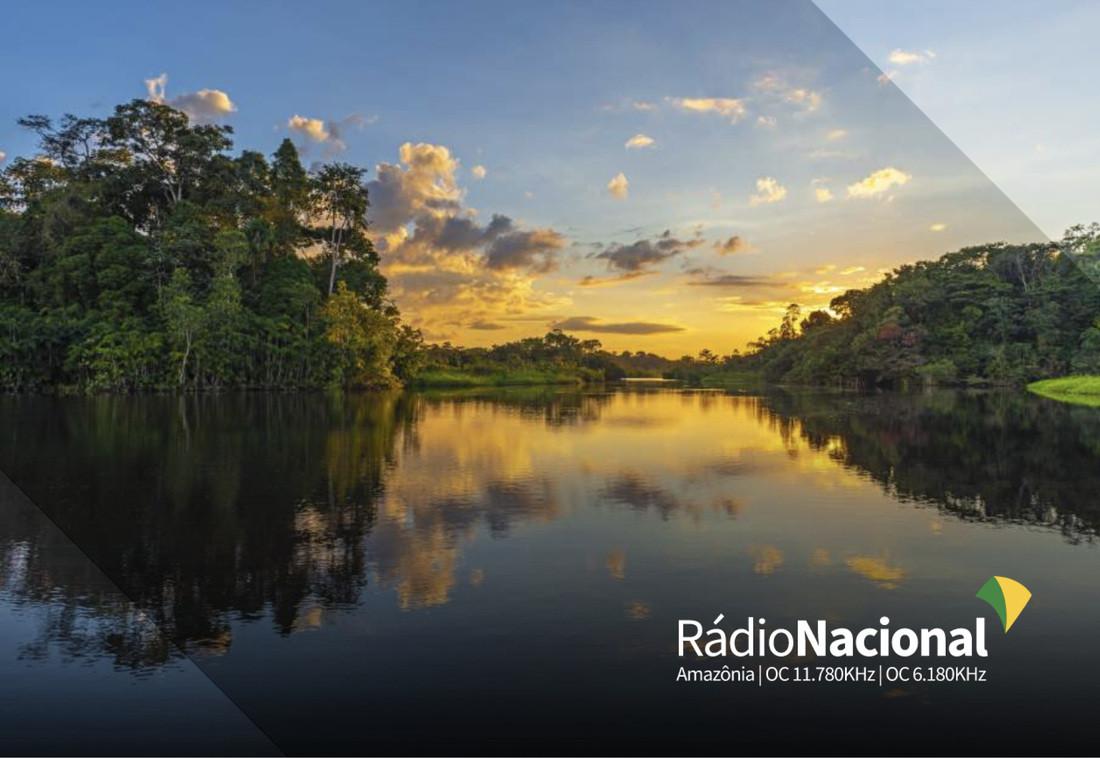 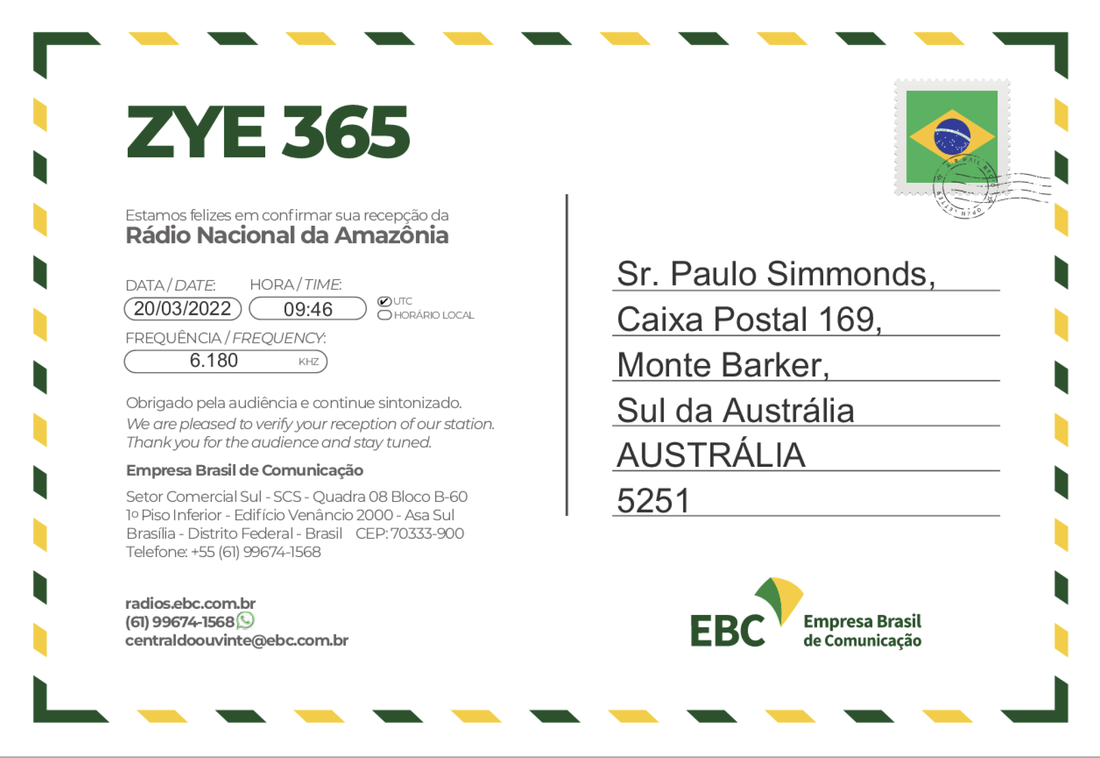 In March 2022 I mailed a Reception Report to the address below and I am awaiting a reply.
Radio Nacional Da Amazonia
CP 259,
70710-750 Brasilia,
BRAZIL.
On 28th September 2022 I sent a Reception Report (written in Portuguese) and an audio clip to the address below.
​ouvidoria@ebc.com.br
On the 18th October 2022 I received an electronic QSL card from Radio Nacional Da Amazonia.
The following email address bounces.
​amazoniabrasileira@ebc.com.br